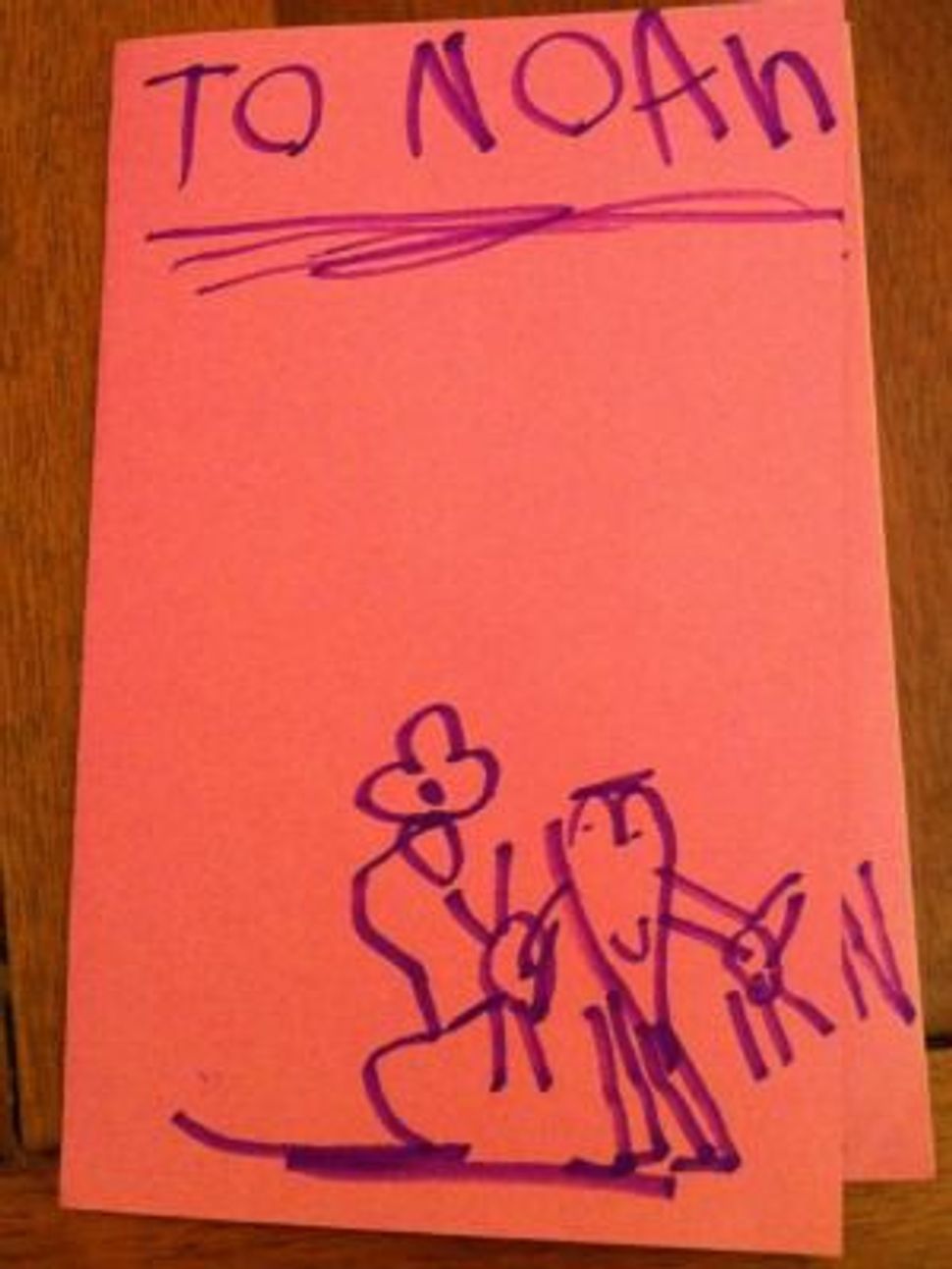 The mother of little Noah Pozner, the Jewish boy killed in the Newtown shooting, wanted her son to be laid to rest with cards and letters from his family. JetBlue Airways helped fulfill her wish by rushing a card made by Noah’s 5-year-old cousin Ethan in Seattle to Connecticut for the Monday funeral, CNN and the New York Daily News reported. 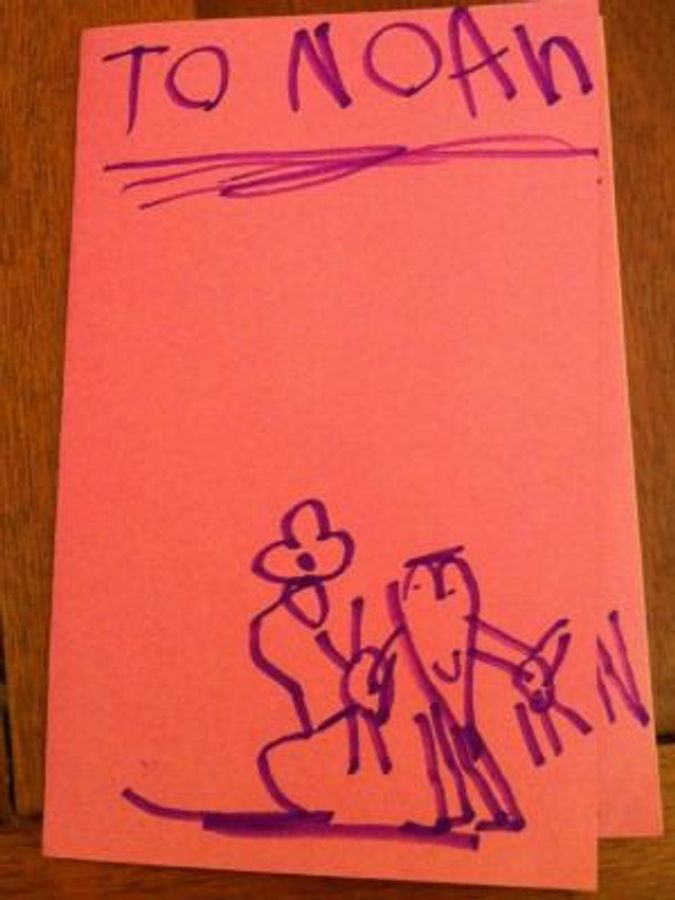 Noah’s aunt Victoria Haller, Ethan’s mother, tweeted about the card Sunday and connected with JetBlue to have it delivered in time.

“They did something I wasn’t able to do and we’re all going to be eternally grateful for,” Haller told the Daily News.

“Our hearts go out to the victims and their families of the tragic incident at Sandy Hook Elementary School,” the airline said in a blog post. “We’ve received a variety of requests, including for flights and sending letters, and we’ve been working directly with the extended families to assist in any way that we’re able and will continue to do so.”

At Noah’s funeral, his mother remembered her son as a “little maverick” who loved his family “with every fiber” of his six-year-old body.

Noah’s twin sister Arielle made a card of her own that showed her mother smiling and handed it to President Obama at the vigil for Newtown victims Sunday.