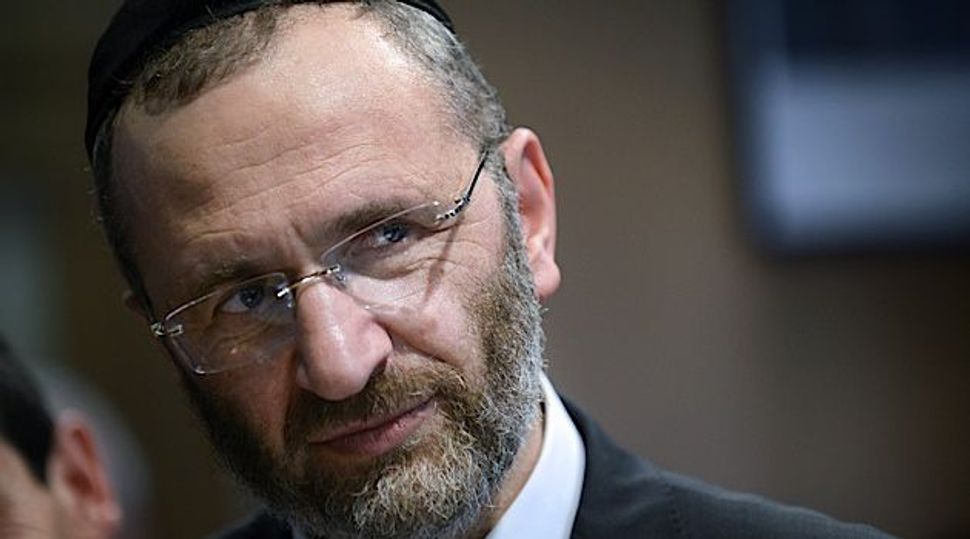 Despite their differences in faith, Pope Benedict and a leading French rabbi see eye to eye on at least one thing: gay marriage.

Pope Benedict, indicating the Vatican’s desire to forge alliances with other religions against gay marriage, on Friday said the family was threatened “to its foundations” by attempts to change its “true structure.”

The pope threw the full weight of his office behind a study by France’s chief rabbi on the effects the legalization of gay marriage would have on children and society.

The pope made his latest denunciation of gay marriage in a Christmas address to Vatican officials in which he blended religion, philosophy, anthropology and sociology to illustrate the position of the Roman Catholic Church.

“There is no denying the crisis that threatens it to its foundations – especially in the Western world,” the pope said, adding it had to be protected because it is “the authentic setting in which to hand on the blueprint of human existence”.

The 85-year-old pope, speaking in the frescoed Clementine Hall of the Vatican’s Apostolic Palace, said the family was being threatened by “a false understanding of freedom” and a repudiation of life-long commitment in heterosexual marriage.

“When such commitment is repudiated, the key figures of human existence likewise vanish: father, mother, child – essential elements of the experience of being human are lost,” the leader of the world’s 1.2 billion Catholic said.

The Vatican has gone on the offensive in response to gains for gay marriage in the United States and Europe, using every possible opportunity to denounce it through papal speeches or editorials in its newspaper or on its radio.

In some countries, the Catholic Church has joined forces at the local level with Jews, Muslims and members of other religions to oppose the legalisation of gay marriage, in some cases presenting arguments based on legal, social and anthropological analyses rather than religious teachings.

Significantly, the pope specifically praised as “profoundly moving” a study by France’s chief rabbi, Gilles Bernheim, which has become the subject of heated debate in that country.

Bernheim, also a philosopher, argues that homosexual rights groups “will use gay marriage as a Trojan Horse” in a wider campaign to “deny sexual identity and erase sexual differences” and “undermine the heterosexual fundamentals of our society”.

His study, “Gay Marriage, Parenthood and Adoption: What We Often Forget To Say”, argues that plans to legalise gay marriage are being made for “the exclusive profit of a tiny minority” and are often supported because of political correctness.

In his own speech on Friday, the pope, leader of the world’s 1.2 billion Catholics, repeated some of the concepts in the Bernheim study, including an assertion that children raised by gay couples would be more “objects” than individuals.

Same-sex unions have been legalised in six states and the District of Columbia by lawmakers or courts.

Also in November, Spain’s highest court upheld a gay marriage law, and in France the socialist government has unveiled a draft law that would allow gay marriage. . (Additional reporting by Tom Heneghen; Editing by Alison Williams)