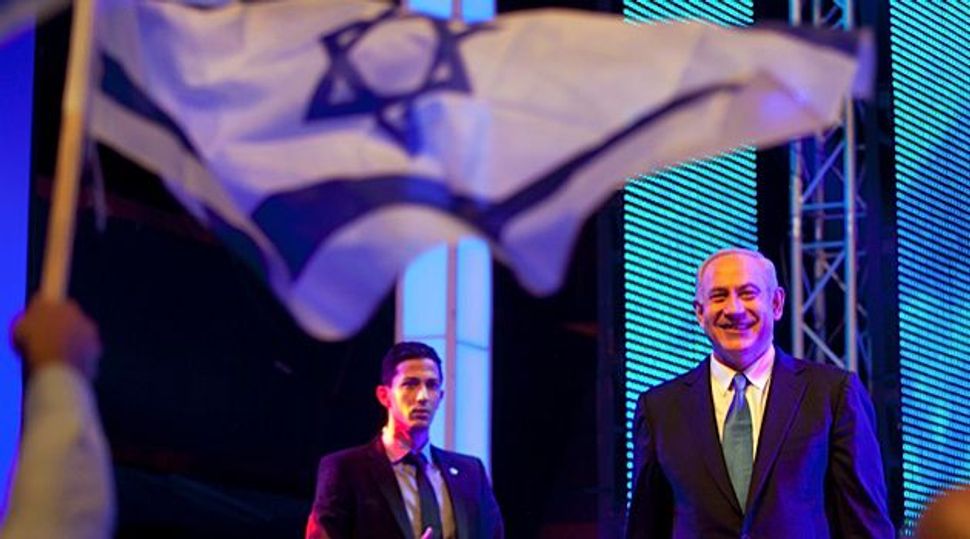 Prime Minister Benjamin Netanyahu has called an urgent meeting for Wednesday afternoon with members of his Likud party serving as council chairmen in the West Bank, to express his support for the these settlements.

The meeting was scheduled in the wake of a media confrontation between Likud and the religious Zionist Habayit Hayehudi party, and amid a drop in the ruling party’s place in pre-election polls.

A Haaretz poll taken on Sunday and Monday showed that Habayit Hayehudi, led by political newcomer Naftali Bennett, moved from 11 projected seats in the previous poll to 13. A Walla poll on Wednesday found Habayit Hayehudi scoring 15 seats. Netanyahu and MK Avigdor Lieberman’s joint Likud-Beiteinu list, meanwhile, dropped four seats from the previous survey, reaching only 35 seats in both of the most recent polls – seven less than in the outgoing Knesset.

Read the full story on Haaretz.com; use promo code Forward for 25% off your digital subscription.