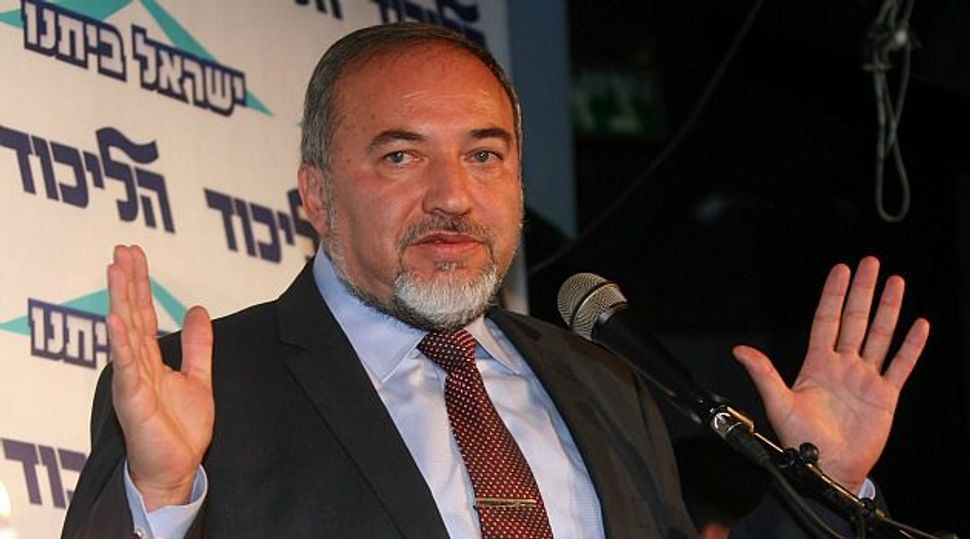 Israeli far-right leader Avigdor Lieberman was charged on Sunday with fraud and breach of trust, allegations that prompted his resignation as foreign minister two weeks ago, justice officials said.

Lieberman, who has denied the accusations, remains head of the Yisrael Beitenu party that has formed a coalition with Prime Minister Benjamin Netanyahu’s right-wing Likud party ahead of a Jan. 22 parliamentary election.

Israeli justice officials said Lieberman was indicted on charges relating to the promotion of an Israeli diplomat who had illegally given him information about a police investigation against him.

Under Israeli law, conviction on the fraud and breach of trust charges could disqualify Lieberman from holding a cabinet post in the next government.

Lieberman, who lives in a Jewish settlement in the occupied West Bank, has stoked controversy by questioning the loyalties of Israel’s 1.5 million Arab citizens.

His comments have drawn accusations of racism but have also given him a large electoral following beyond his Russian-speaking base.

Earlier this month, he angered the European Union by saying it had not sufficiently condemned calls by Hamas Islamists for Israel’s destruction, likening this to Europe’s failure to stop Nazi genocide against Jews during World War Two.

Born in Moldova, Lieberman emigrated to Israel in 1978. He became administrative head of the Likud party in 1993 and ran the prime minister’s office from 1996 to 1997 during Netanyahu’s first term. He left and formed Yisrael Beitenu in 1999.

Lieberman is the latest in a string of Israeli politicians to face corruption charges in recent years. Former Prime Minister Ehud Olmert resigned in 2008 after being indicted, though he has since been acquitted of most of the charges against him.