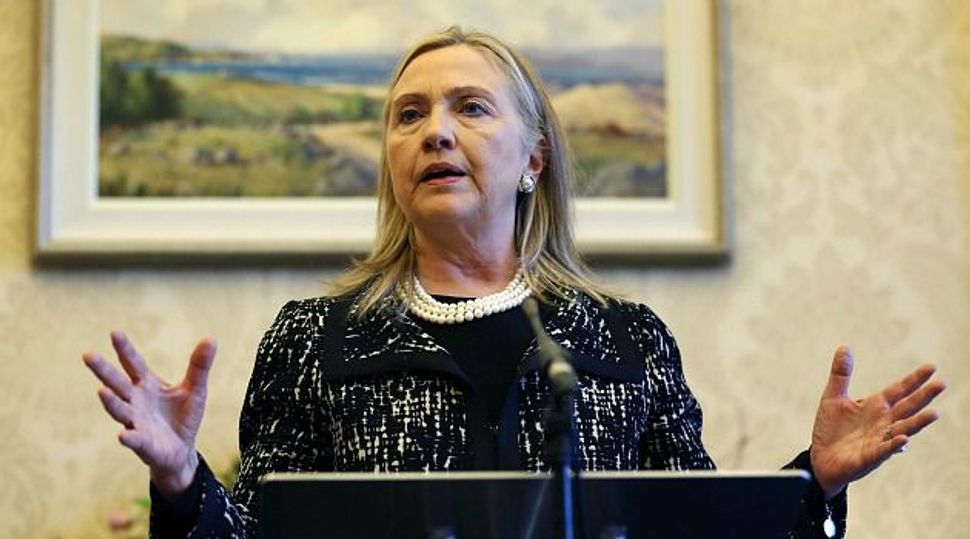 Secretary of State Hillary Clinton suffered a blood clot in a vein between her brain and skull behind her right ear but is expected to make a full recovery, her doctors said on Monday in a statement released by the State Department.

Clinton did not suffer a stroke or neurological damage as a result of the clot, the doctors said, adding that “she is in good spirits, engaging with her doctors, her family and her staff.”

Clinton, who has not been seen in public since Dec. 7, was revealed on Sunday evening to be in a New York hospital under treatment for a blood clot apparently linked to a concussion she suffered in mid-December.

“In the course of a routine follow-up MRI on Sunday, the scan revealed that a right transverse sinus venous thrombosis had formed. This is a clot in the vein that is situated in the space between the brain and the skull behind the right ear,” Clinton’s doctors, Drs. Lisa Bardack and Gigi El-Bayoumi said in the statement.

“To help dissolve this clot, her medical team began treating the Secretary with blood thinners. She will be released once the medication dose has been established,” the doctors said. “In all other aspects of her recovery, the Secretary is making excellent progress and we are confident she will make a full recovery.”

Clinton’s health problems began with what the State Department said was a stomach virus contracted during a trip to Europe.

Before that time, she had kept up a punishing travel schedule, logging thousands of flying miles and breaking travel records for a U.S. secretary of state.

But the health setbacks have forced her to cancel an overseas trip, as well as planned testimony to Congress on Dec. 20 in connection with a report on the deadly attack on the U.S. diplomatic post in Benghazi, Libya.