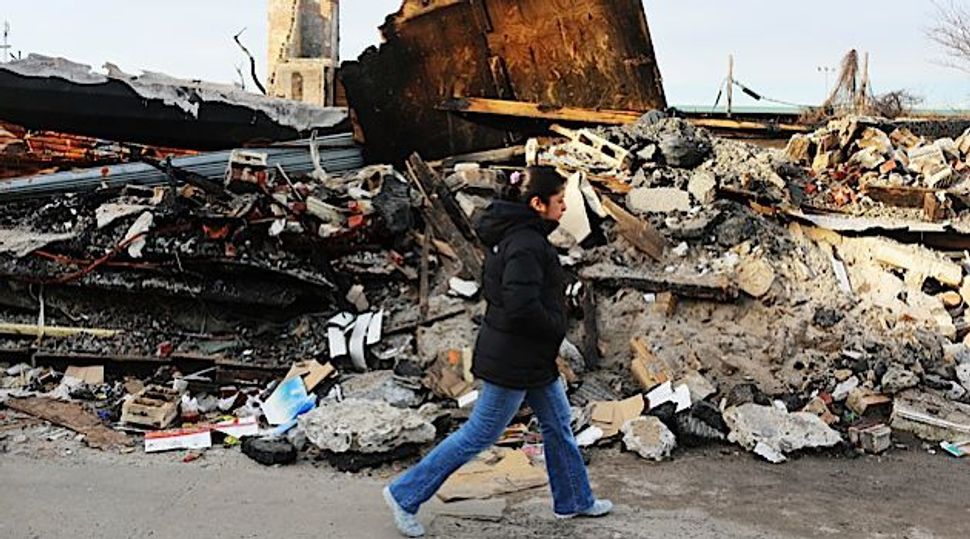 The U.S. House of Representatives on Friday approved $9.7 billion in initial federal funds for victims of Superstorm Sandy, with New York and New Jersey lawmakers still seething over delays in voting on the rest of a $60 billion aid package.

The 354-67 vote will keep the National Flood Insurance Program solvent and able to continue paying claims of thousands of homeowners who suffered damage in coastal New York, New Jersey and Connecticut.

The measure still must receive approval from the U.S. Senate, where a senior Democratic aide said Senate Majority Leader Harry Reid was hoping to approve it by unanimous consent.

U.S. House Speaker John Boehner drew scathing criticism earlier this week from fellow Republicans when he cancelled a House vote on the full $60.4 billion aid package passed by the Senate.

The frustration continued on both sides of the aisle on Friday, as lawmakers said the flood insurance infusion would do little to help the bulk of those suffering more than two months after the devastating Oct. 29 storm.

“It took only 10 days after Katrina for President Bush to sign $60 billion in Katrina aid,” said New Jersey Democratic Representative Bill Pascrell, referring to the 2005 hurricane that devastated the Gulf Coast. “How dare you come to this floor and make people think everything is OK.”

The flood insurance program will run out of money in the coming days to pay claims unless Congress lets it borrow more funds, the Federal Emergency Management Agency said on Thursday.

FEMA has told Congress that unless its borrowing ceiling was raised, “funds available to pay claims will be exhausted sometime around the week of Jan. 7, 2013,” the agency said in a one-sentence statement.

FEMA estimated Sandy-related flood losses of $6 billion to $12 billion in November, far beyond its cash and $3 billion in untapped borrowing authority.

After complaints from Republicans ranging from influential Republican Representative Peter King of New York, to New Jersey Governor Chris Christie, a possible presidential contender for 2016, Boehner scheduled Friday’s vote and a second vote on Jan. 15 for about $51 billion in remaining disaster funds.

Putting more money into the program would come months after President Barack Obama signed a law aimed at improving its finances. Congress bailed out the program after Hurricane Katrina in 2005, and it is $18 billion in debt.