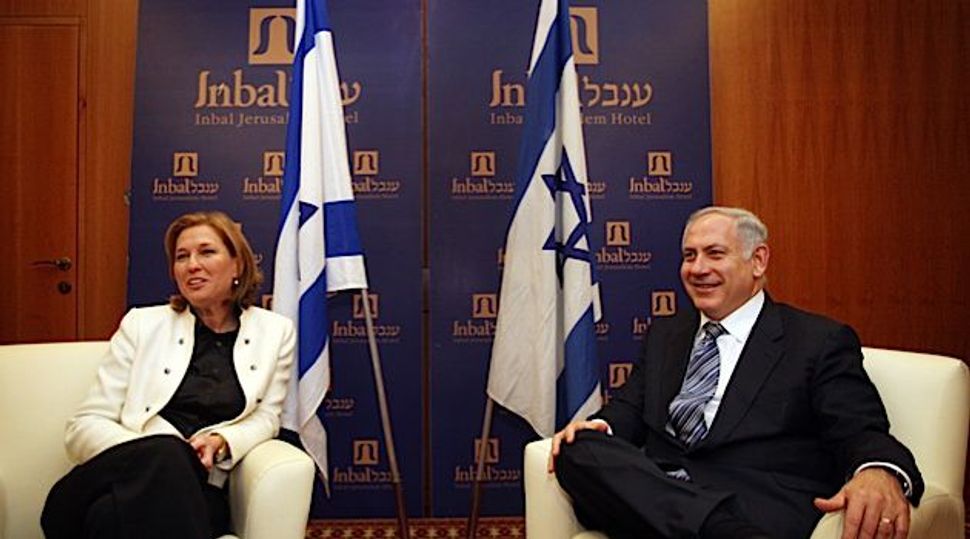 “We can win this battle, we cannot give up,” Livni said. “I call on Shelly and Yair, let’s unite, let’s decide how to win this battle now. We now have more (projected) Knesset seats than Likud-Beiteinu.”

Livni said that such a meeting, with the two other leaders of center-left parties, must take place as soon Saturday.

Read the full story on Haaretz.com ; use promo code Forward for 25% off your digital subscription.