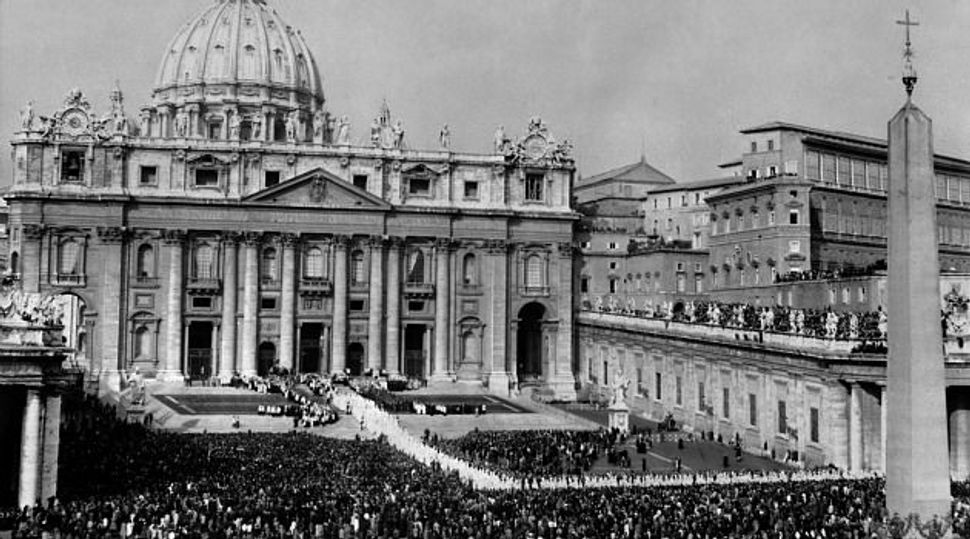 Jews are “enemies of the Church,” the head of a radical Catholic sect said in Canada.

Bishop Bernard Fellay, superior of the traditionalist Society of St. Pius X, made the remark during a Dec. 28 address at Our Lady of Mount Carmel Academy in New Hamburg, Ontario, about 90 minutes’ drive west of Toronto. He was reviewing the situation of the society, which opposes Catholic Church reforms decided by the Second Vatican Council and is not recognized by the Church.

According to an audio recording posted on YouTube two days later, Fellay spoke about the society’s three years of discussions with the Vatican over the society’s future and explained how he interpreted behind-the-scenes communications.

Apparently speaking without a text, Fellay asked, “Who during that time was the most opposed that the Church would recognize the society? The enemies of the Church: the Jews, the Masons, the modernists.”

According to the Catholic News Service, Fellay added that Jewish leaders’ support of reforming Second Vatican Council “shows that Vatican II is their thing, not the Church’s.”

As of Friday, there was no response from the society’s Swiss headquarters to a Catholic News Service email request for comment, the agency reported.

The Society of St. Pius X, , was founded in 1970 as a reaction against the Vatican’s efforts to modernize. In 2009, Pope Benedict launched talks with the society and lifted excommunications imposed on its four bishops.

One of the bishops was Richard Williamson, who has denied that the Nazis used gas chambers and asserted that no more than 200,000 to 300,000 Jews died during World War II.

The society’s founder, Archbishop Marcel Lefebvre, spoke approvingly of both the World War II-era Vichy regime in France and the far-right National Front, and in a 1985 letter to Pope John Paul II identified the contemporary enemies of the faith as “Jews, Communists and Freemasons.”