Let It Snow — in Israel 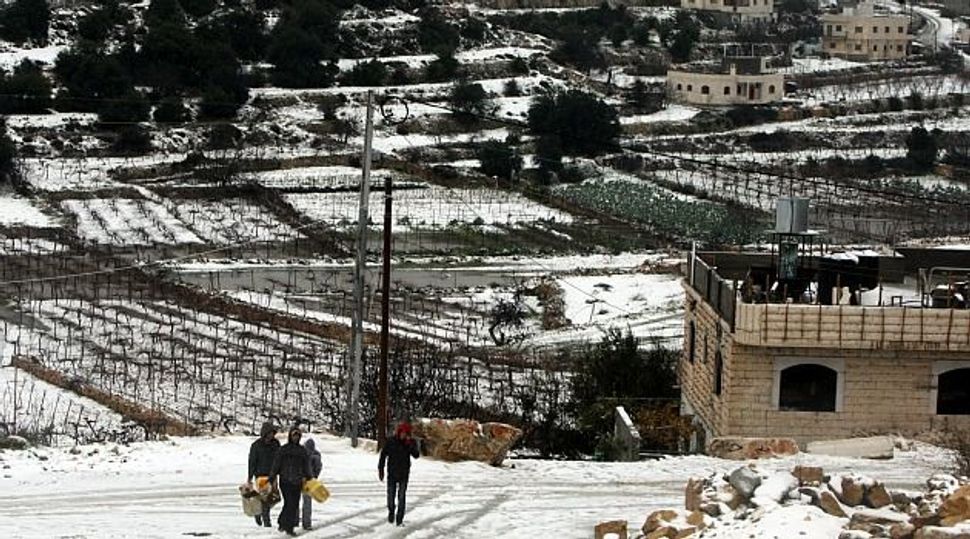 Winter Wonderland: Israel was blanketed with snow as a rare winter storm slammed into the Holy Land, snarling traffic and closing schools. Image by getty images

Snow and hail began falling in the Jerusalem area and continued to fall in the north of the country.

Areas of the West Bank, including Hebron and Ramallah were also blanketed in snow.

The snow in Jerusalem is expected to accumulate, and residents have been requested to avoid going out unless absolutely necessary. Mayor Nir Barkat also called on visitors ready to converge on Jerusalem to witness the rare snowfall to wait until it stopped falling.

Schools in areas throughout the country were closed over fears of dangerous travel due to the snow, continued flooding and loss of electricity.

At least three feet of snow fell on Mount Hermon as snow continued to fall heavily in Israel’s north.

Two Palestinian women who were riding in a car swept away by flooding near Nablus on Tuesday night were found dead in Tul Karem on Wednesday morning. The driver of the car was rescued and is hospitalized.

Let It Snow — in Israel