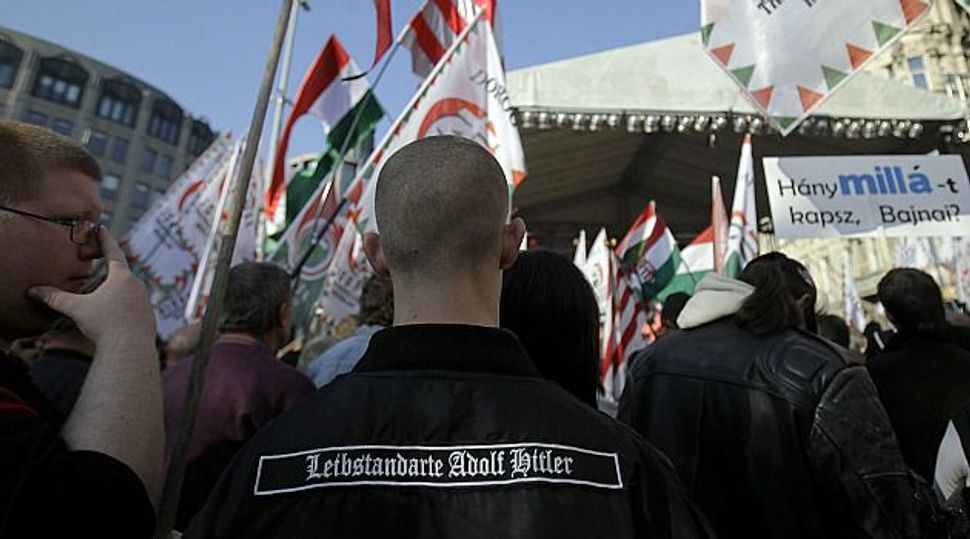 Prosecutors in Budapest reportedly have rejected a complaint about a lawmaker who called Jews a “security risk.”

The prosecutor’s office of the Hungarian capital rejected a complaint by Rabbi Slomo Koves and Daniel Bodnar of Hungary’s Chabad-Lubavitch community over statements made in parliament in November by Marton Gyongyosi, the Associated Press reported.

Gyongyosi, who represents the ultra-nationalist Jobbik Party, said it was “time to assess … how many people of Jewish origin there are here, and especially in the Hungarian Parliament and the Hungarian government, who represent a certain national security risk for Hungary.”

The Central Investigative Chief Prosecutor’s Office said Wednesday that Gyongyosi’s remarks could not be classified as inciting to hatred, as Koves and Bodnar argued.

On Dec. 17, Hungary’s parliament passed an amendment which exposes speakers who use “abusive language” in parliament to physical removal and fines, but only if they are imposed by the speaker of the house within five days of the making of the abusive statements.