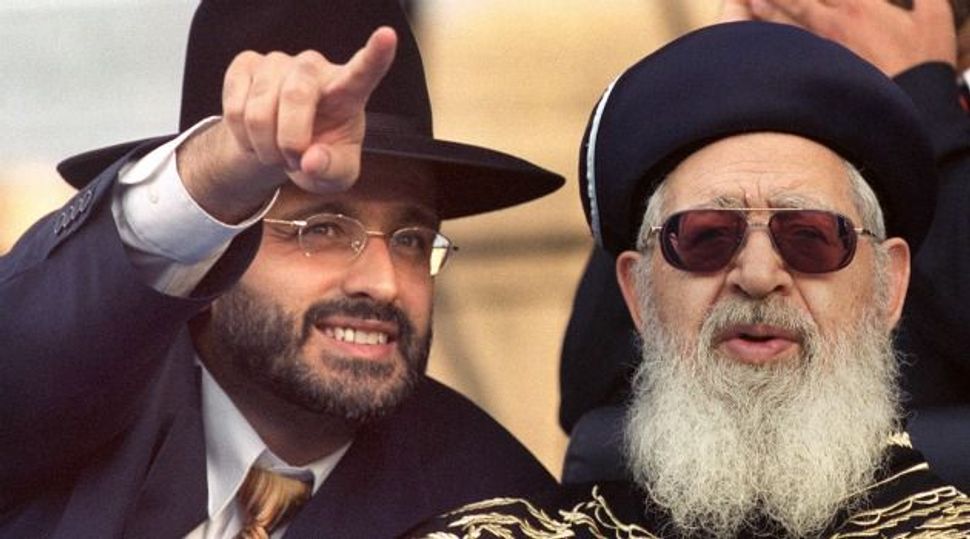 An Israeli rabbi who is the spiritual head of a powerful ultra-Orthodox political party was taken to hospital with a suspected minor stroke on Saturday, 10 days before a general election.

Rabbi Ovadia Yosef, who has largely set the terms under which his Shas party has agreed to join a succession of governments, was taken to Jerusalem’s Hadassah hospital by ambulance after feeling weak during sabbath prayers.

A hospital spokesman said Yosef, 92, was in stable condition, but would be kept in for a few days since he might have suffered a minor stroke.

A spokesman for Shas, which draws its support from the fast-growing community of religious Jews of Middle Eastern origin, was unreachable for comment.

The Iraqi-born Yosef, a former chief rabbi of Israel, made headlines last summer when he called for prayers for Iran’s destruction at time when speculation was high that Israel might attack Iran’s nuclear facilities.