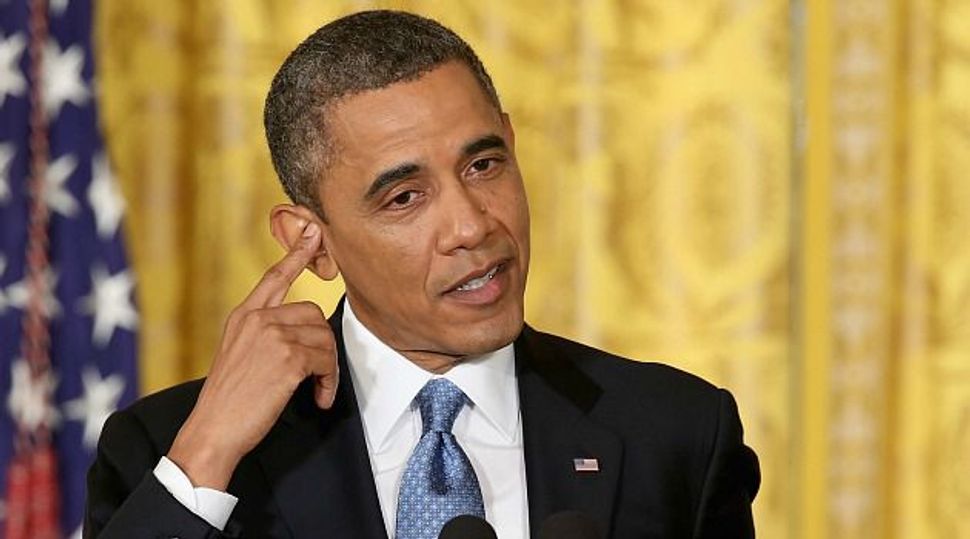 Can We Talk? President Obama says he wants to spend more time hanging out with Republicans, even if they still think he?s a big-spending socialist at heart. Image by getty images

Would more partying and backslapping between Washington’s political opponents narrow the bitter partisan divide? President Barack Obama is willing to try, but is not sure it will work.

At a news conference on Monday, Obama grudgingly acknowledged that he could do more to improve personal relationships with Republican members of Congress and vowed more socializing in his second term, which starts in a week.

“I’m a pretty friendly guy, and I like a good party,” he said.

Obama has drawn criticism during his first four years in office for taking an above-the-fray approach that has baffled even some members of his own Democratic Party and given him a reputation for aloofness.

If his second term is to be a success, Obama may well need to break down some partisan barriers as he seeks to prevent a fresh debt crisis and gain congressional approval of legislation overhauling gun laws and immigration policies.

But so far he has signaled a more confrontational approach, insisting he has made plenty of concessions toward Republicans already and that since he was re-elected in November, he should get his way.

On Monday, Obama’s last news conference of his first term was sober and serious until the issue of his socializing came up.

It can be hard to take, he said, when he has his opponents to the White House for an event and they smile and pose for photos with him and his wife, Michelle, then they return to the Capitol and denounce him as a “big-spending socialist.”

“I promise you, we invite folks from Congress over here all the time. And when they choose to come, I enjoy their company. Sometimes they don’t choose to come, and that has to do with the fact that I think they don’t consider the optics useful for them politically,” he said.

A ROUND WITH BOEHNER

During a major budget crisis in 2011, Obama famously invited House of Representatives Speaker John Boehner out for a round of golf. Vice President Joe Biden went too. Things seemed to have gone well, but there was never a second round and the budget talks descended into acrimony.

In December, the Republican leader declined to appear in a receiving line for a photo with Obama at a White House holiday reception, at the height of a showdown over tax cuts and spending.

“I like Speaker Boehner personally. And when we went out and played golf, we had a great time. But that didn’t get a deal done in 2011. You know when I’m over here at the congressional picnic, and folks are coming up and taking pictures with their family, I promise you, Michelle and I are very nice to them, and we have a wonderful time.

“But it doesn’t prevent them from going onto the floor of the House and, you know, blasting me for being a ‘big-spending socialist,’” he said.

The bottom line, he said, is that policy differences will exist whether there is a personal relationship or not.

But there may be more time for socializing, he said, because daughters Malia and Sasha are getting older and “they don’t want to spend that much time with me anyway.”

“So I’ll be probably calling around, looking for somebody to play cards with me or something, because I’m getting kind of lonely in this big house. So maybe – maybe a whole bunch of members of the House Republican caucus want to come over and socialize more,” he said.