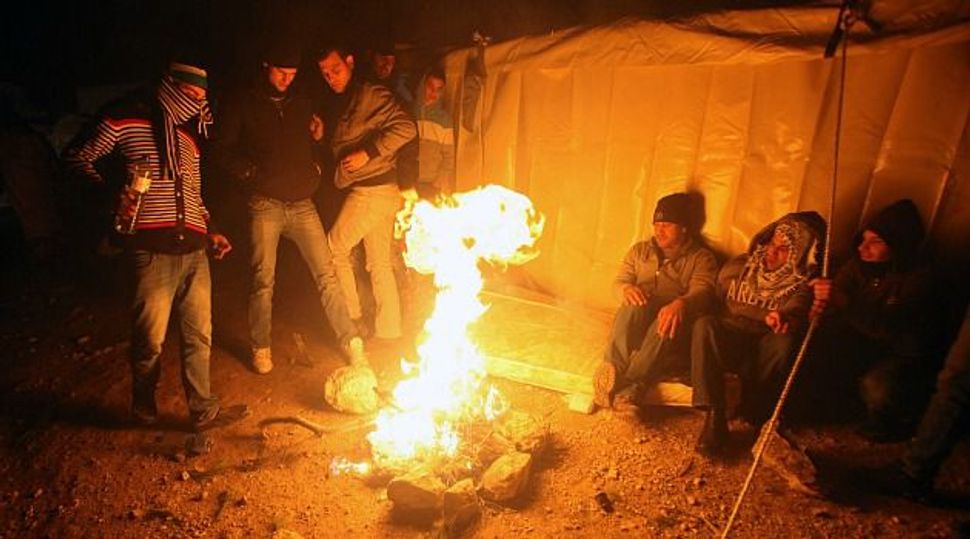 On Sunday, Israeli police evicted 50 Palestinian protesters from the site, in the “E1” area outside the Arab suburbs of East Jerusalem, where Jewish settlements could split the Israeli-occupied West Bank in two.

But the activists’ large, steel-framed tents remained standing in accordance with a court order banning the government from tearing them down while judges considered a Palestinian claim of ownership of land where the encampment was built.

In its new ruling, the court cancelled its previous order and agreed with the government’s argument that the tents could be a magnet for violent Palestinian protests.

The court, in a decision released by the Justice Ministry, noted that clashes broke out at the encampment on Tuesday, when Israeli police, using stun grenades, blocked protesters who had returned to the site and tried to reoccupy the tents.

For years it froze building in E1, which houses only a police headquarters, after coming under pressure from former U.S. President George W. Bush to keep the plans on hold.

Most countries view Jewish settlements in areas captured by Israel in the 1967 Middle East war as illegal and echo concerns voiced by Palestinians that building more settler homes could deny them a viable and contiguous state.

E1 covers some 12 square km (4.6 square miles) and is seen as particularly important because it not only juts into the narrow “waist” of the West Bank, but also backs onto East Jerusalem, where Palestinians want to establish their capital.

About 500,000 Israelis and 2.5 million Palestinians live in the West Bank and East Jerusalem. Direct peace talks between Israel and the Palestinians broke down in 2010 over the issue of Israel’s continued settlement building.