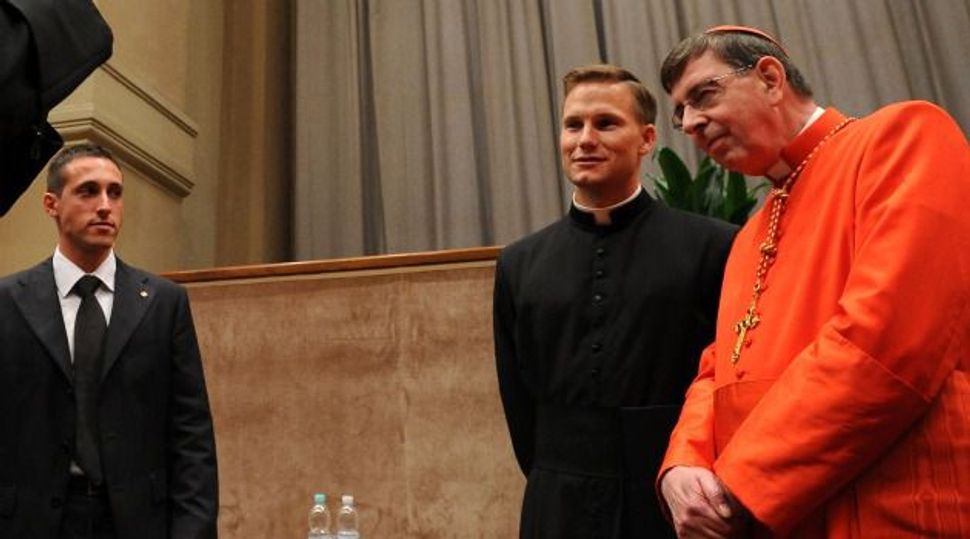 Cardinal Kurt Koch, president of the Vatican Commission for Religious Relations with the Jews, in an interview Tuesday with the Italian religious news agency SIR slammed the followers of the renegade Priestly Fraternity of St. Pius X for rejecting the Vatican II policy on Jews. It is only that small group, he said, who “do not accept ecumenical dialogue, relations with Jews and religious freedom.”

Koch questioned whether because of this, they could even be considered Catholic.

“These are central points of the teaching of the Holy Father, and if [there is] a group that does not accept a council and does not accept a teaching, one must ask how they see each other as Catholic,” he said. This is the fundamental problem.”

He said there was “absolutely” no risk that the Church could step back from the position.

In the interview, Koch also reaffirmed reaffirmed the Vatican’s commitment to fostering positive relations with the Jewish world. His remarks came ahead of the Catholic Church’s annual Day of Judaism on Jan. 17.

“The Jews are our older brothers,” said Koch, reiterating the terminology first used by the late Pope John Paul II during his landmark visit to Rome’s main synagogue in 1986. “We are inseparably linked with the Jews.”

Koch stressed that this was the “clear vision” laid down in the Nostra Aetate document issued by the Second Vatican Council in 1965, saying there was “no doubt that in the Catholic Church this declaration is still valid today.”

Each year, the Church in Italy marks its Day of Judaism with a series of meetings and study programs aimed at fostering Catholic-Jewish dialogue.

Koch added in the interview, “Any form of anti-Semitism is a non-Christian act, and the Catholic Church must fight with all its might against this phenomenon.”