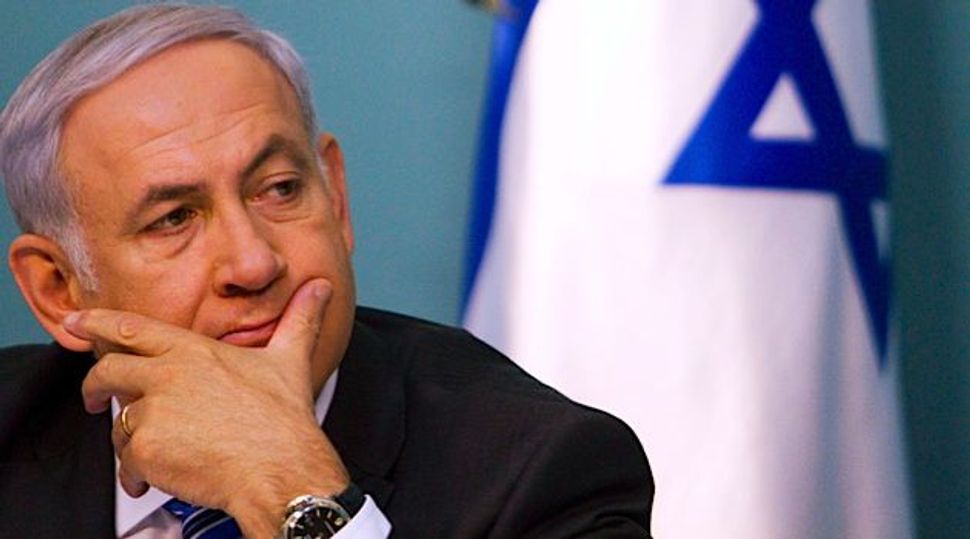 Four days before Israel’s parliamentary election, opinion polls published on Friday showed Prime Minister Benjamin Netanyahu still set to win, although his support had slipped to its lowest point in the campaign so far.

Two polls showed Israel’s right-wing and religious bloc winning a slim parliamentary majority of 63 out of 120 seats, with Netanyahu’s Likud-Beitenu group on course to be the largest party in the Knesset, albeit with eroding support.

The polls in Haaretz and Yedioth Ahronoth newspapers both showed Netanyahu’s party winning 32 seats, its poorest predicted showing so far and some 10 seats fewer than Likud and Yisrael Beitenu took in 2009 when they ran separately.

“The gap is shrinking,” leading Israeli daily Yedioth said in a headline, adding that some 15 percent of voters remained undecided. Friday is the last day opinion polls can be published in Israel before Tuesday’s election.

A relatively weak showing at the ballot box for Netanyahu would make him more susceptible to the demands of his prospective coalition partners, smaller right-wing and religious parties on which his government would have to rely to survive.

Those parties are likely to include Netanyahu’s natural partners, the fiercely pro-settler Bayit Yehudi (Jewish Home) and ultra-Orthodox Shas and United Torah Judaism.

Netanyahu may also face more pressure from abroad, with international condemnation growing over the expansion of Jewish settlements in the occupied West Bank and East Jerusalem – land the Palestinians want for a state, along with the Gaza Strip.

But in newspaper interviews published on Friday, Netanyahu said he would not give in to calls to halt or reverse his settlement drive if he was re-elected.

“The days of bulldozers uprooting Jews are behind us, not ahead of us,” Netanyahu told Maariv newspaper. “I do not volunteer concessions. Our record shows that. We have not uprooted any settlement, we made settlements stronger.”

“The entire world will look at only one thing after the election, whether the ruling party has shrunk or grown. If we grow, that will give us the strength to face pressures,” said Netanyahu, clearly concerned by his recent decline in the polls.

Despite the slippage, Netanyahu is still in prime position to secure a third term in office following a long and lacklustre election campaign, largely devoid of emotion or central themes.

While support for centre-left parties has edged higher, they have failed to present a united front or convince most Israelis that they are ready to take charge of a country concerned by turmoil in neighbouring Arab states.

Although Netanyahu has repeatedly said that dealing with Iran’s nuclear ambitions will be his priority if he wins re-election, the issue has barely registered on the campaign trail.

A Haaretz poll on Friday said 47 percent of Israelis thought social and economic issues were the most pressing concern, against 10 percent who cited Iran. Some 18 percent saw negotiations with the Palestinians as the priority.

U.S.-brokered peace talks between Israel and the Palestinians broke down in 2010, weeks after they had begun, over a dispute on continued settlement construction.

The Palestinians say Israeli settlements, deemed illegal by most world powers, will deny them a viable state.

Israeli commentators have said Netanyahu might seek a partnership with at least one centrist party after the election to bring a more moderate voice into his cabinet and try to allay international concerns.

Former Foreign Minister Tzipi Livni, who heads Hatenuah (the Movement) and TV-star-turned-politician Yair Lapid, head of Yesh Atid (There is a Future), have not ruled out joining Netanyahu. They are projected to win up to eight and 13 seats respectively.

Labour, which is set to be the second largest party with up to 17 seats, has said it will not join a Netanyahu government.