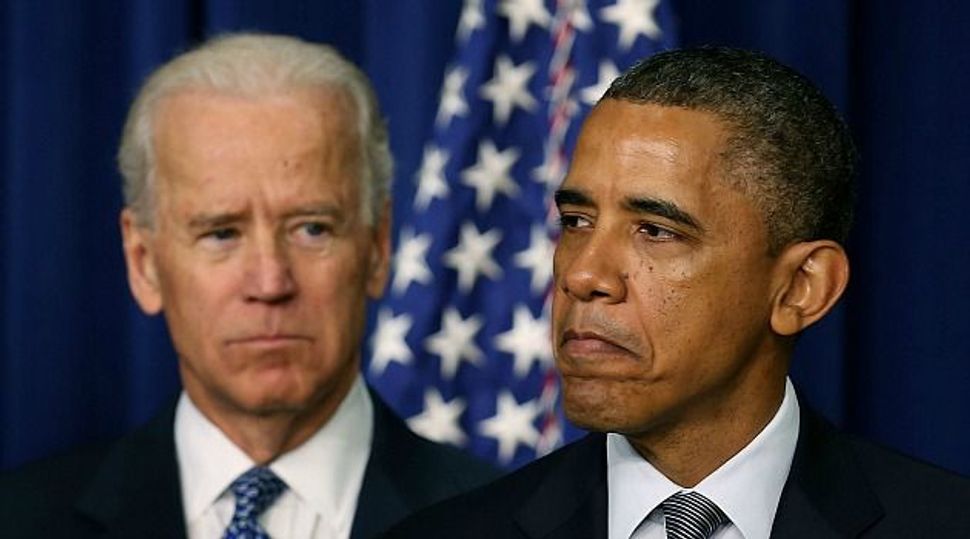 The uniformity of the Jewish response since Obama unveiled his proposals on Wednesday stood in contrast to Republican opposition to many of his proposals, including a ban on assault weapons and tighter background checks on gun purchasers.

Supportive statements came from the Jewish Council for Public Affairs, the umbrella for public policy groups, as well as Reform, Conservative and Orthodox umbrellas.

Obama said he plans to issue 23 executive orders while his vice president, Joe Biden, attempts to shepherd parallel legislation through Congress in the wake of the massacre last month of 20 first graders and seven adults in Newtown, Conn. by a lone gunman.

A handful of the proposals, including hiring security officials for schools, are not controversial, but most fall on the fault line of the gun control debate that has for decades exercised the American public.

“We recognize that this is a complex issue,” Rabbi Steve Gutow, the JCPA’s president, said in a statement. “The memory of Newtown is still fresh, and so is Aurora, Tucson, Fort Hood and other massacres that remind us that something must be done – and that there isn’t a single solution to preventing mass violence. We appreciate the Administration’s understanding that there are multiple causes which must be addressed. It is crucial that passions not ebb nor our country return to complacency.”

In its statement, the Orthodox Union said that it understood from conversations with White House officials that the security officials hired for schools would be available to parochial establishments as well, under the proposal.

“The Orthodox Union has been informed by The White House that the funding proposal may be used to place the new officers in Jewish and other nonpublic schools to provide security, counseling, and safety education,” it said in a statement.