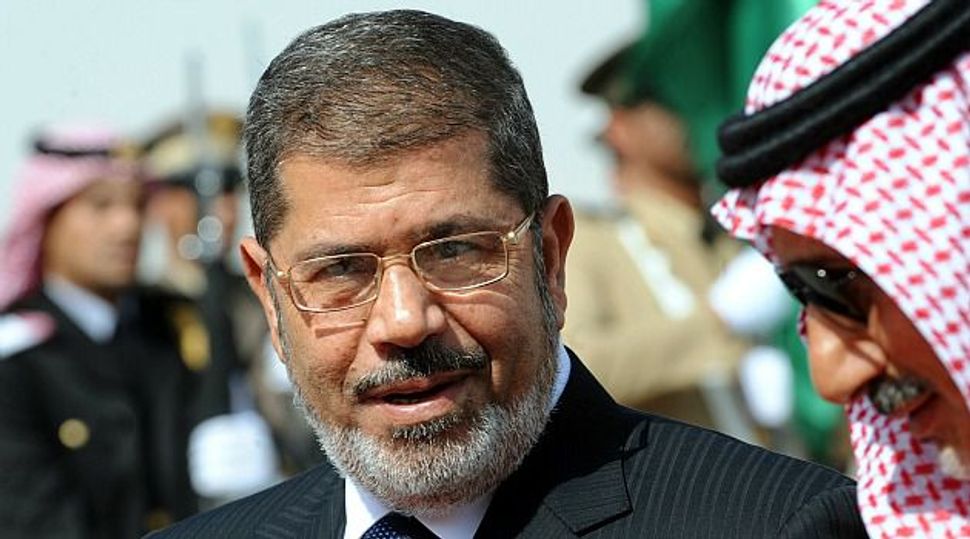 The senators who met last week with Morsi understood him to be referring to Jews and “recoiled,” one of the participating lawmakers, Sen. Chris Coons (D-Del.), told The Cable, a blog on the Foreign Policy magazine website.

The conversation grew heated, but Morsi never specifically named the Jews as responsible for his negative media and the senators decided eventually to move on to other topics.

At at a news conference afterward, the senators said the overall meeting was positive. They had raised among other topics the revelation last week that in 2010, Morsi had referred to Zionists as descended from “pigs and apes” and “bloodthirsty.”

Morsi’s spokesman said that the slurs had been taken out of context and Morsi respected those who belong to monotheistic religions.

Since assuming the presidency in June, Morsi has maintained his commitment to peace accords with Israel and helped broker a cease-fire with Hamas that ended last month’s war in the Gaza Strip, earning kudos from U.S. and Israeli leaders.

“That statement was an important first step to make clear that the type of offensive rhetoric that we saw in 2010 is not acceptable, not productive and shouldn’t be part of a democratic Egypt,” Nuland said. “That said, we look to President Morsi and Egyptian leaders to demonstrate, in both word and in deed, their commitment to religious tolerance and to upholding all of Egypt’s international obligations.”