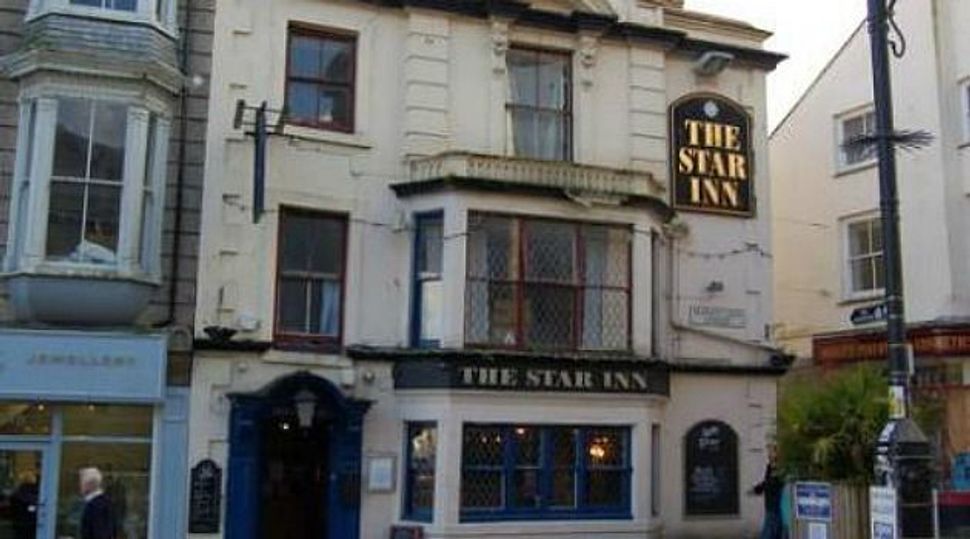 No Pirates in Shul: An ancient synagogue in Penzance, on England?s southwest coast, is now owned by a pub.

City planners in the British county of Cornwall have prevented the sale of an abandoned synagogue in the town of Penzance.

The planners in the southern English county last week decided not to authorize a plans to sell the abandoned synagogue, which is now part of a pub named Star Inn, due to noise concerns, according to This is Cornwall, a local newspaper and news website.

“There could be a likely increase of level of noise and general disturbance on the site which would be detrimental to nearby properties,” a city planner is quoted as saying in explaining the decision to decline a request by the Pubs and Bars company to “redevelop the Star Inn in Penzance” and sell off and demolish a section which includes the remains of the town’s Jewish synagogue.

The Jewish Chronicle also reported on the action.

According to a report from 2008 by the BBC, the synagogue in Penzance closed its doors in 1850, as Cornish Jews left the county for large cities during the industrial revolution.

Cornwall’s Jewish community, Kehillat Kernow, has 80 members, according to its website.