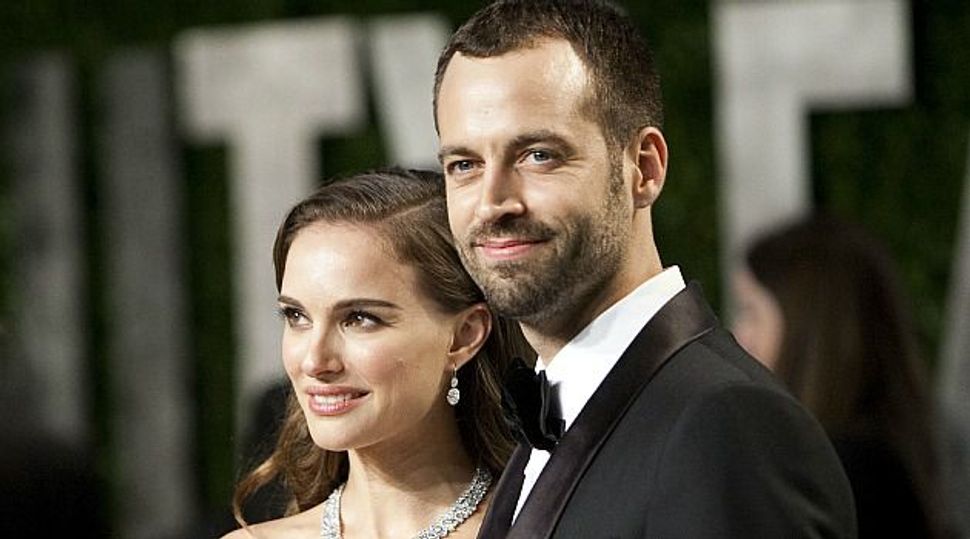 Dancing WIth a Star: Benjamin Millepied, the choreographer hubby of Natalie Portman, has won a big new post. Image by getty images

French dancer Benjamin Millepied, the choreographer of the film “Black Swan,” was on Thursday named director of dance at the Paris Opera Ballet, one of the world’s oldest and most prestigious dance companies.

Millepied, 35, who last year married the Oscar-winning star of “Black Swan,” Natalie Portman, with whom he has a son, will take up his new role in October 2014.

The announcement by the director of the Paris Opera, Nicolas Joel, ended months of speculation over the successor to Brigitte Lefevre, director of dance at the Paris Opera since 1995, who plans to retire at the end of the 2013-14 season.

The same position was held for several years by Russian dancer Rudolf Nureyev, who died in 1993.

A statement from Paris Opera said Millepied was born in Bordeaux and trained at the Lyon Conservatory.

He joined the School of American Ballet as a teenager before joining New York City Ballet where he became a principal dancer in 2002.

He was both the choreographer and a dancer in the 2010 film “Black Swan,” a psychological thriller that received five Academy Award nominations and won Portman the best actress award.

Millepied retired in 2011 to focus on choreography and moved to Los Angeles where he founded the L.A. Dance Project, which made its debut last September.

Almost all the 150-plus dancers in the Paris company are trained at the Paris Opera Ballet School with admittance to the corps de ballet decided by an annual competition.

Lefevre joined the Paris Opera Ballet School when she was 8 years old and entered the corps de ballet aged 16, so Millepied’s appointment came as a surprise to many