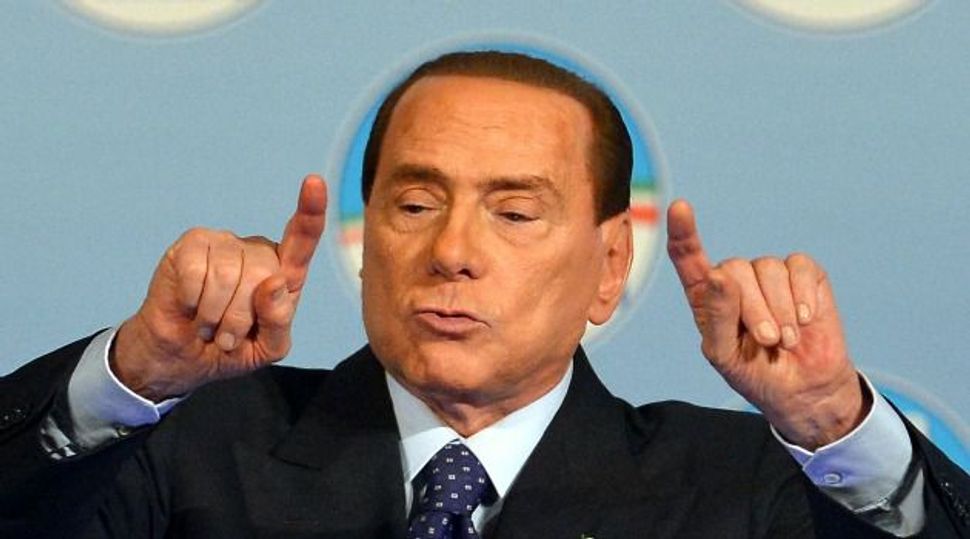 Speaking at the margins of the event in Milan, Berlusconi said Mussolini had been wrong to follow Nazi Germany’s lead in passing anti-Jewish laws but that he had in other respects been a good leader.

“It’s difficult now to put yourself in the shoes of people who were making decisions at that time,” said Berlusconi, who is campaigning for next month’s election at the head of a coalition that includes far-right politicians whose roots go back to Italy’s old fascist party.

“Obviously the government of that time, out of fear that German power might lead to complete victory, preferred to ally itself with Hitler’s Germany rather than opposing it,” he said.

“As part of this alliance, there were impositions, including combatting and exterminating Jews,” he told reporters. “The racial laws were the worst fault of Mussolini as a leader, who in so many other ways did well,” he said, referring to laws passed by Mussolini’s fascist government in 1938.

Although Mussolini is known outside Italy mostly for the alliance with Nazi Germany, his government also paid for major infrastructure projects as well as welfare for supporters.

Berlusconi’s comments overshadowed Sunday’s commemoration of thousands of Jews and others deported from Italy to the Nazi death camps of eastern Europe. They were condemned as “disgusting” by the centre-left Democratic Party (PD), which is leading in the polls ahead of the Feb. 24-25 election.

“Our republic is based on the struggle against Nazi fascism and these are intolerable remarks which are incompatible with leadership of democratic political forces,” said Marco Meloni, the PD’s spokesman for institutional affairs.

Antonio Ingroia, a former anti-mafia magistrate campaigning at the head of a separate left-wing coalition, said Berlusconi was “a disgrace to Italy”.

It was not the first time Berlusconi has defended Mussolini, whose status in Italy remains deeply ambiguous 67 years after he was executed by communist partisans while trying to flee to Switzerland in April, 1945.

Many Italian politicians, including the speaker of the Lower House of parliament, Gianfranco Fini, come from the ranks of the old Italian Social Movement (MSI) which grew out of the fascist party, although Fini and others have renounced the far right.

Others, including Francesco Storace, Berlusconi’s candidate for president of the Lazio region, have stayed true to what they see as the “social-right” tradition of the fascist movement.

Monuments to Mussolini, who came to power in 1922, still dot many Italian cities, including Rome, where a column to Il Duce stands close to the city’s main football stadium, within a stone’s throw of the foreign ministry.

Although never as fervently anti-semitic as his Nazi allies, Mussolini’s government persecuted Italy’s Jewish population, which was then estimated to number about 40,000, according to the Jewish Contemporary Documentation Centre in Milan.

The 1938 laws imposed oppressive restrictions on Jews and some 10,000 are estimated to have been deported from Italy between September 1943 and March 1945. Most of them died in the Auschwitz concentration camp in Poland.

While anti-semitic behaviour has not been as prominently reported in Italy in recent years as in neighbouring countries such as France, acts ranging from anti-Jewish graffiti to chants at football matches occur periodically.

“We must be very careful to ensure that these sparks, which recur every now and then, cannot bring back tragedies which humanity should not suffer again,” outgoing Prime Minister Mario Monti said on Sunday.