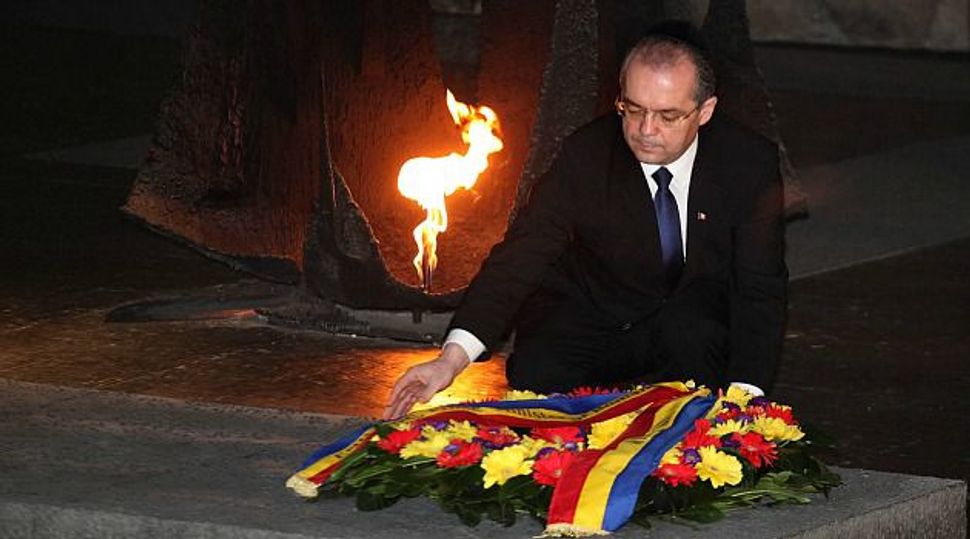 A Romanian government minister who denied that the Holocaust happened in his country said a visit to the United States Holocaust Memorial Museum would “forever stay” with him.

Dan Sova, who was appointed minister for parliamentary relations in August despite protests by Jewish groups, made the statement Monday, a day after International Holocaust Remembrance Day, in a letter he sent to Romanian Jewish organizations, the website of the B1 television network reported.

“I express my full sympathy for the victims and families of those who had suffered so much from the Nazi regime and remain firmly involved in efforts to combat anti-Semitism,” the letter reportedly read.

Sova, who last year said “no Jew suffered at the hands of Romanians” during the Holocaust, apologized in the letter for not writing ahead of the Memorial Day and said he was out of the country.

“We visited the Holocaust Museum in Washington D.C., I read documents about the harsh realities of the Holocaust,” he wrote. “Though what I saw and learned is but a feeble reflection of what truly transpired, it was an experience that will stay with me for the rest of my life.”

In March, Sova was filmed saying that only 24 Jews had died during the violent Iasi pogrom of 1941, and not thousands as claimed by Yad Vashem. He also said that Romanians never participated in the persecution of Jews thanks to the Romanian Quisling Ion Antonescu, though Yad Vashem attributes that and other pogroms to Romanians.