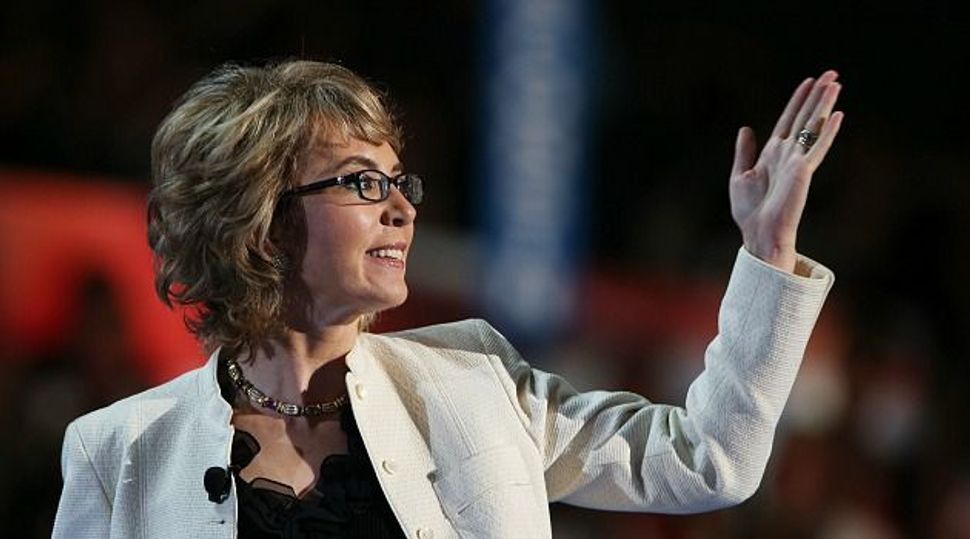 According to a senior Democratic aide and a person familiar with the proceedings, Giffords will testify at the Senate Judiciary Committee hearing.

The Democratic-led panel is considering a wide range of reforms, including a White House-backed ban on military-style assault weapons like those used by a gunman at the school in Newton, Connecticut, to kill 20 children and six adults.

Giffords will be accompanied by her husband, retired U.S. Navy Captain Mark Kelly, who is scheduled to testify. The couple recently founded Americans for Responsible Solutions, a group intended to combat gun violence.

Giffords and her husband visited Newtown to meet with survivors after the massacre.

“We must come together today as Americans seeking common cause,” Senate Judiciary Committee Chairman Patrick Leahy, a Vermont Democrat, said in his prepared opening statement.

Facing opposition by pro-gun groups that assert that new restrictions on firearms would violate their constitutional right to bear arms, Leahy, a gun owner, said: “Let us forego sloganeering, demagoguery and partisan recriminations.”

“This is too important for all that. We all abhor the recent tragedies – in just the last two years – in an elementary school in Connecticut, in a movie theater in Colorado, in a sacred place of worship in Wisconsin, and in front of a shopping mall in Arizona” where Giffords was among 13 wounded, six fatally.

Giffords, an Arizona Democrat who was the target of an assassination attempt, survived a head wound but later retired from the House of Representatives.