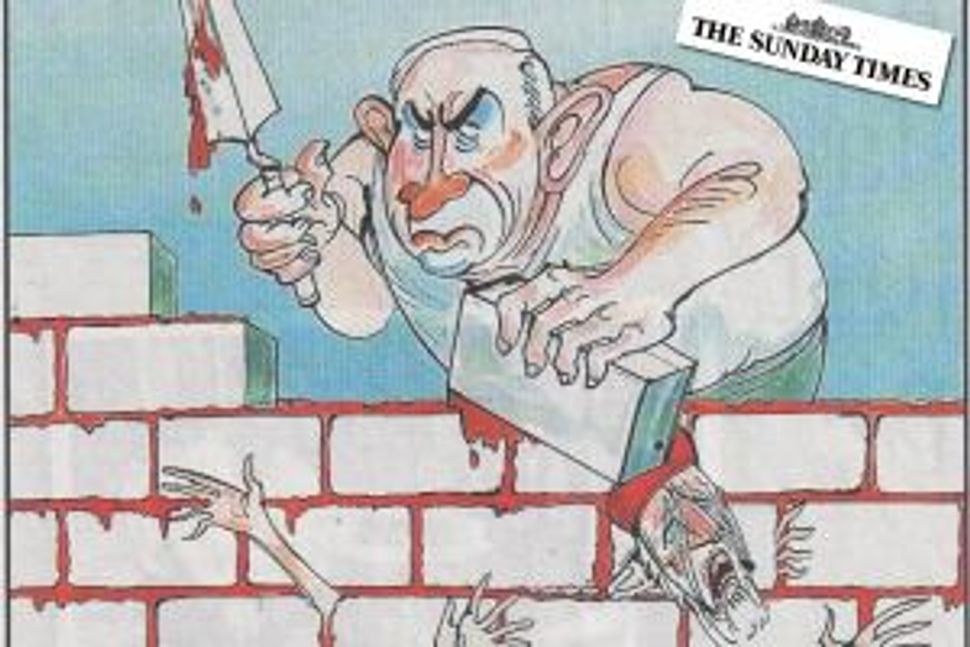 The Sunday Times of London apologized for publishing an editorial cartoon depicting Israeli Prime Minister Benjamin Netanyahu building a wall on the bodies of Palestinians and using their blood as cement. 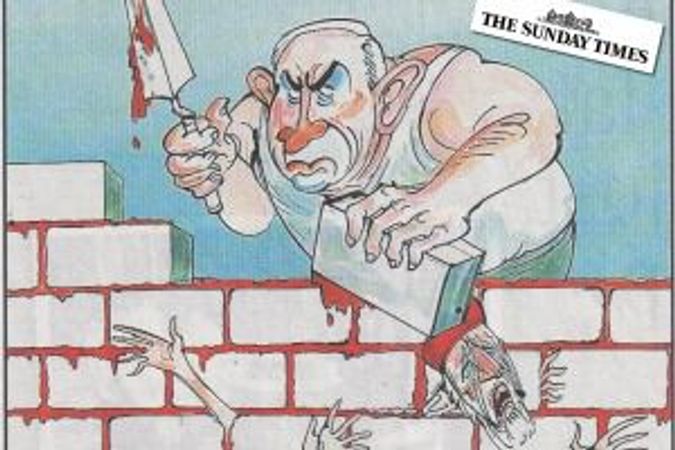 “It is one thing to attack and caricature a leader – and it is as legitimate to attack Israeli leaders in cartoons as anyone else. But it is another thing to reflect in a caricature, even unintentionally, historical iconography that is persecutory or anti-Semitic,” the Sunday Times wrote.

“The image we published of Binyamin Netanyahu, the Israeli prime minister, which appeared to show him reveling in the blood of Palestinians, crossed a line. The image would have been a mistake on any day but the fact that last Sunday was Holocaust Memorial Day compounded the error.”

Critics said the drawing was reminiscent of anti-Semitic blood libels.

The Sunday Times defended the cartoon the day after it was published, saying it was “aimed squarely at Mr. Netanyahu and his policies, not at Israel, let alone at Jewish people.”

Scarfe earlier had apologized “for the very unfortunate timing” of the publication.

The Sunday Times also said in its apology, “The Sunday Times abhors anti-Semitism and racism of any type and we would never set out to offend the Jewish people – or indeed any other ethnic or religious group. The publication of last week’s cartoon was a very serious mistake. We apologize unreservedly.”

Rupert Murdoch, whose News Corp. owns the Sunday Times through a subsidiary, said last week in a tweet that the paper owed a “major” apology for printing a “grotesque, offensive cartoon.”