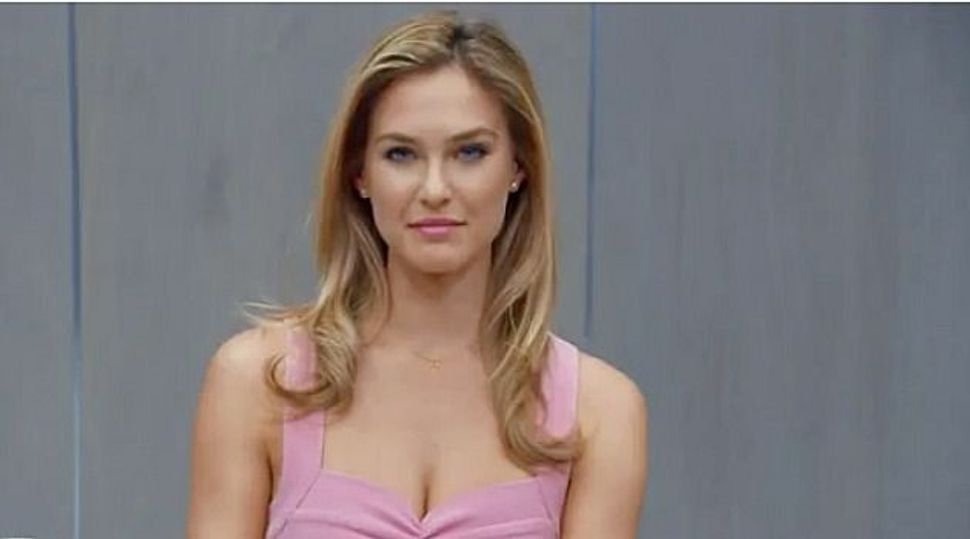 Israeli supermodel Bar Refaeli stars in what promises to be one of Super Bowl XLVII most risqué commercials. The commercial for webhosting giant GoDaddy.com scheduled to air during the Super Bowl this Sunday features a ten second close up of Refaeli and co-star Jesse Heiman kissing.

CBS rejected the original commercial, which will appear on the Web, the version that will air during the Super Bowl will be less explicit. GoDaddy.com has a long tradition of controversial Super Bowl commercials.

The commercial opens with presenter racing car driver Danica Patrick introducing the GoDaddy.com “There are two sides to GoDaddy.com: there is the sexy side represented by Bar Refaeli and the smart side that creates a killer website for your small business represented by Walter. Together they’re perfect.”

At which point the camera switches to extreme close up and Refaeli and Heiman kiss.