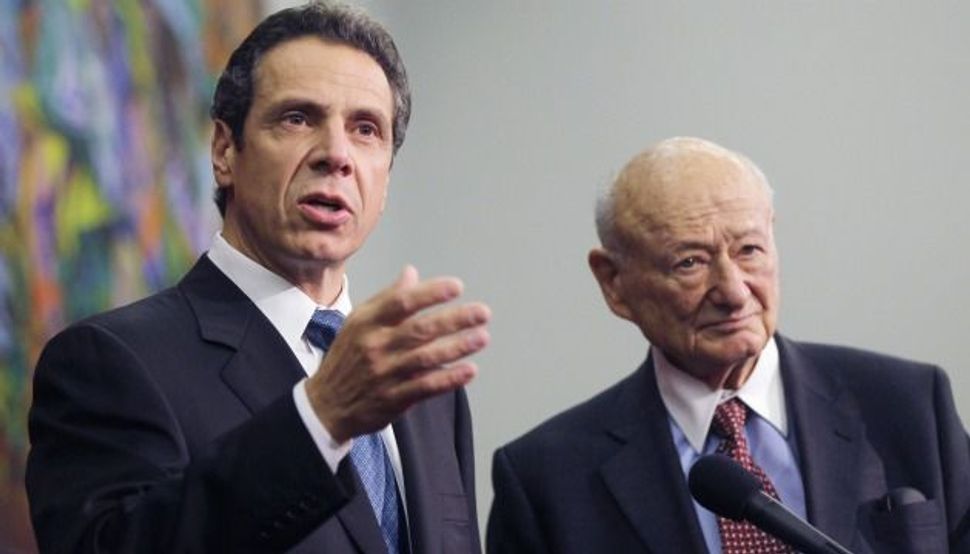 Former New York Mayor Ed Koch once joked that days on which his name did not appear in the newspaper were days without news.

And so it seemed fitting that Koch’s death on Friday at age 88 came on the very day that “Koch,” a documentary that traces his three terms as mayor from 1978 to 1989, opened in two Manhattan theaters.

Zeitgeist Films, the distributor, said the film got a lot of attention on Friday, and more than a dozen theaters in the New York area have expressed interest in screening it.

Koch presided over New York City during a turbulent period when the city appeared close to bankruptcy and was plagued by high crime and high rates of homelessness.

With his wry and outspoken style, and his trademark phrase “How’m I Doin?,” Koch was credited with pulling the city up onto its feet again.

“He would have clearly enjoyed the attention,” said Neil Barsky, the film’s director, who spent much of the day doing media interviews about the former mayor. Barsky said that Koch had a chance to see the film last summer.

On Friday morning, hours after news broke of Koch’s death, a handful of New Yorkers arrived at the Angelika Film Center in Manhattan for the first screening of the documentary.

“I was happy to see the movie today. It seemed a sort of fitting tribute,” said Craig Shapiro, a 41-year-old documentary filmmaker. He said he admired Koch’s fearlessness.

“I don’t think there are many politicians to have guts like that today,” he said.

Rita Schwartz and Lisa Diaz, who both worked for Koch in various city agencies, were also at the theater. They said they had last seen the former mayor in December, when the city’s current mayor, Michael Bloomberg, hosted Koch’s 88th birthday party at Gracie Mansion, the city’s executive residence.

A trailer for the documentary was shown at the party.

“He loved it. Are you kidding? Of course he loved it,” Schwartz said.