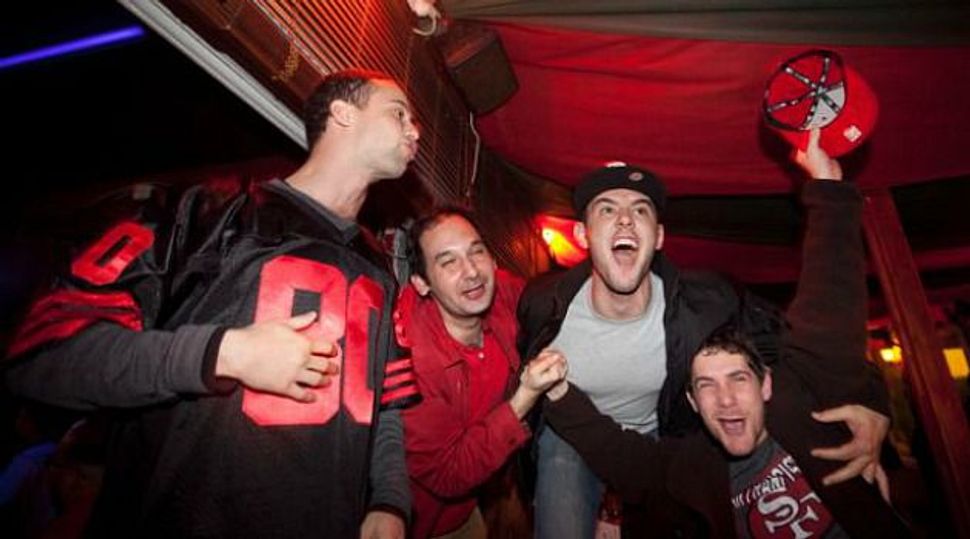 The call pierced the quiet dark on the Tel Aviv beach promenade just after midnight on Monday, as American football fans warmed up their vocal chords for the big Super Bowl game at Mike’s Place.

The venue was full – mostly with men, but with a few women scattered among the crowd. Those who arrived early managed to score tables, but the walkways were crowded to the brim.

“We arrived at 9:30 P.M. to get a table,” said Lauren Rosenthal, 22, of Fairfax, VA, who sat with five girlfriends at the only all-girls table in the pub. “We brought a deck of cards,” she added. They knew it was going to be a long night.

While the women were a minority, they were hardly the stereotypical females there just to watch the commercials. “We’re here for the game,” insisted Rosenthal. “This is the only place I know [in Tel Aviv] that actually plays [American football] games.”