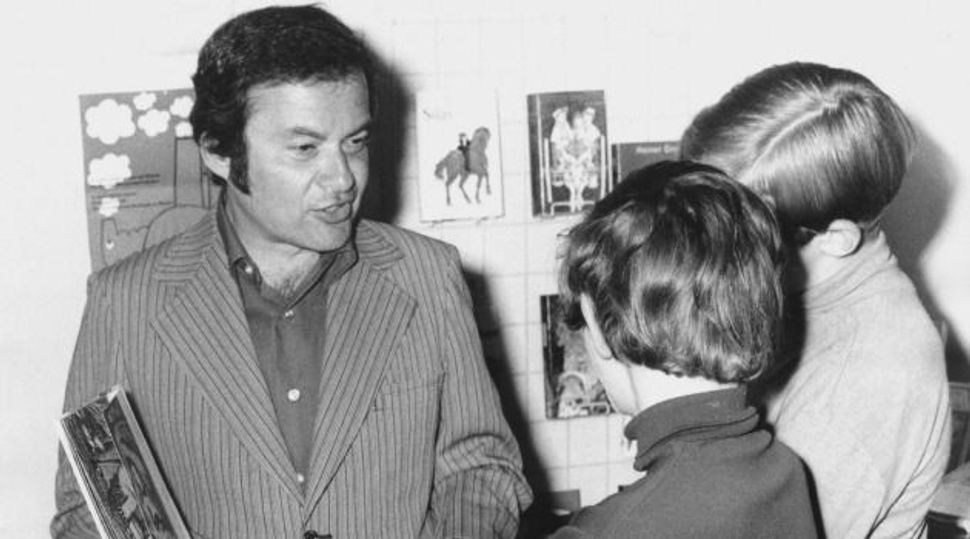 Two rare Jewish books illustrated by Maurice Sendak were sold at auction days before the posthumous publication of a new book by the author.

At Swann Galleries in New York, “Good Shabbos, Everybody,” by Robert Garvey, sold for $1,440, and “Happy Hanukah Everybody,” by Hyman and Alice Chanover, sold for $1,920. The books were published in the 1950s by the United Synagogue Commission on Jewish Education prior to Sendak’s publication of his immensely popular “Where the Wild Things Are” in 1963.

“The books were real finds for Sendak collectors,” said Christine von der Linn, senior specialist of art and illustrated books for Swann, adding that they were in unusually good condition and both were signed by Sendak.

Sendak’s newest book was published Monday, nine months after his death last May. “My Brother’s Book,” published by Harper Collins, combines poetry and art, and was the last book written by Sendak. A tribute to his brother Jack, who died 18 years ago, it is a lyrical work that deals with separation, longing and reunion.

The auction last week, part of a sale of books and art by 20th century illustrators, included the sale of a rare first edition of “Where the Wild Things Are” for $18,000 that includes a humorous inscription to Reed Orenstein, a friend and collector of Sendak’s work. The first edition was among 62 lots of Sendak items from the collection of Orenstein, who died in 2010.

One of the more comprehensive collections of Sendak’s work held by private collectors, it was the first of Sendak’s work to come on the market since his death, according to von der Linn. Other items in the sale included another rare first edition of “Where the Wild Things Are” without an inscription that sold for $6,240.

While some initially criticized “Where the Wild Things Are” for its overly dark imagery, the tale of how a rebellious boy hero, Max, tames the dark and ghoulish creatures that inhabit many children’s nightmares was instantly popular among children. The book, which has sold more than 10 million copies and been translated into 15 languages, made the Brooklyn-born son of Jewish immigrants one of the most influential children’s writers of the 20th century.