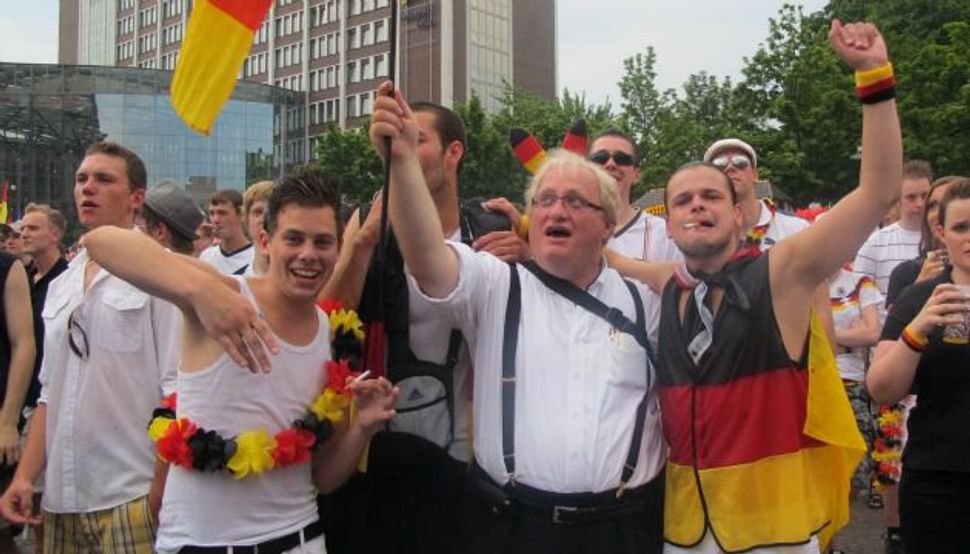 One of Us: Writer and editor Tuvia Tenenbom?s Aryan appearance disarmed his subjects and allowed them to reveal their prejudices. Image by courtesty of tuvia tenenbom

Israeli-born Jewish author Tuvia Tenenbom is in trouble in Germany for raising his arm in the Hitler salute, which is banned in the country.

Tenenbom told the Magdeburg Volksstimme newspaper he had made the gesture toward a group of 900 neo-Nazis demonstrating there on Jan. 12 in order to provoke them. He was accompanied by a TV news camera team.

Tenenbom is now under investigation for using unconstitutional symbols, after the neo-Nazis pointed him out to police.

Nazi propaganda, including gestures, songs and symbols, are illegal with very few exceptions, mostly for academic use. Most neo-Nazis in Germany play the game carefully, avoiding exact replicas of Nazi propaganda and – instead of denying the Holocaust – questioning its severity and saying that German suffering was worse.

Tenenbom’s new book, an exploration of anti-Semitism in Germany titled “I Sleep in Hitler’s Room,” is a bestseller in Germany. He is founding artistic director of the Jewish Theater of New York.