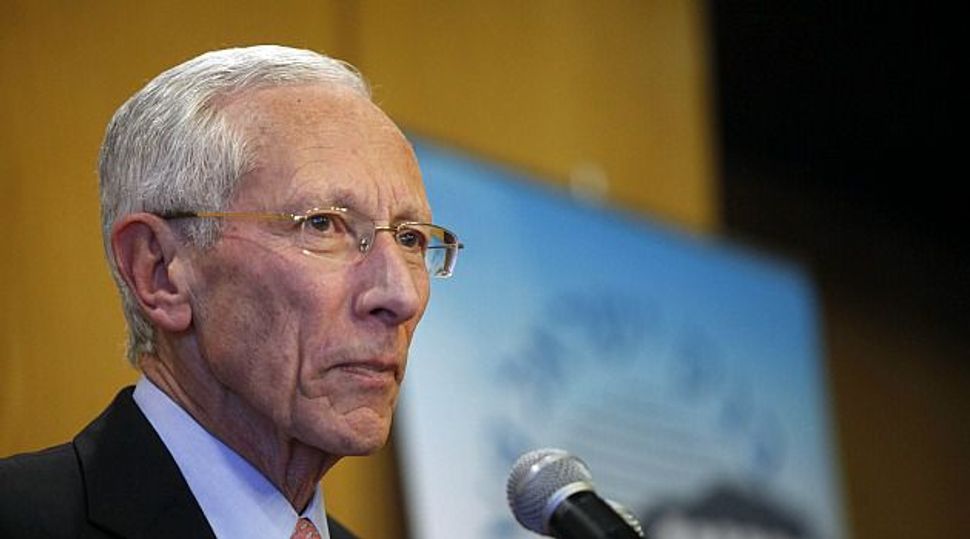 But the shekel may have to strengthen quite a lot further and against a broader range of currencies to convince the central bank to act again.

While some nations have complained about countries such as Japan seeking to boost growth through money-printing that also holds down the value of their currency, Israel has avoided taking a stand on the issue internationally.

It intervened to weaken the shekel over more than three years up to July 2011, buying some $50 billion of foreign currency in an effort that also boosted its foreign exchange reserves to nearly $80 billion.

Since then, the shekel had gradually depreciated from 3.4 per dollar to a low of 4.08 last July, making intervention unnecessary.

But despite factors that should be crimping the currency’s value – an announcement last week that Bank of Israel Governor Stanley Fischer was stepping down in June two years ahead of time, interest rate cuts and the constant worry of tensions on Israel’s Syrian and Lebanese borders – the shekel is now back to a rate of about 3.69 per dollar, its strongest level since November 2011.

Some analysts believe the shekel’s appreciation may prompt the central bank to resume its foreign exchange purchases soon.

“We are getting close to (the Bank of Israel) intervening in the market again,” said Modi Shafrir, head of research at ILS Brokers. “We still have room – 3.60 or maybe less. But if the appreciation continues, they will intervene.”

The central bank’s focus will be mainly on the shekel’s value against a basket of currencies that include the dollar, euro, yen and sterling. That basket is trading at 89, compared with 95 last July and just above a level of 86 the last time the central bank intervened.

Shafrir says that since late July, when the shekel weakened to 4.08 per dollar, it has appreciated about 9 percent, significantly more than a 2.3 percent average among emerging currencies in the MSCI index.

Much still depends on how the Bank of Israel views the shekel’s relative strength.

“The correlation is very high between the dollar-shekel and euro-dollar,” said Rony Gitlin, head of spot trading at Bank Leumi, attributing the shekel’s strength against the dollar partly to the euro’s strength.

“They need the euro-shekel to be a few percent lower before they even start to think about it,” Gitlin said. “There is no reason to buy dollars. Israel is part of the world so if the dollar is down around the world, it’s the same here.”

Noting that euro-shekel rate was 4.85 and the euro near $1.50 when the central bank last intervened, he added: “The only way they will buy is if there is a failure in the market,” referring to the shekel’s surge in value in March 2008.

The Bank of Israel has not officially declared an end to the policy of intervention it began then and pursued until July 2011.

“We’ve said we will intervene when we think the currency is away from its fundamental value. That remains our policy,” Fischer told Reuters Television last month in Davos. “We haven’t intervened at all in a year and a half. We hope we don’t have to intervene, but if we have to, we will.”

In lowering its benchmark interest rate in recent months, the Bank of Israel cited the need to weaken the shekel to help exports, which account for about 40 percent of economic activity. Weaker exports led Israel’s economy to slow to 3.3 percent growth in 2012 from 4.6 percent in 2011.

Investors have been encouraged by Israel’s election results from last month that signal a less aggressive foreign policy and a high chance that the new coalition government can agree on keeping the budget under control.

The shekel’s strength also reflects the prospects of Israel starting natural gas production in April or May, Shafrir said. Israel’s economy is projected to grow 2.8 percent in 2013, or 3.5-3.8 percent including natural gas output.

While a bounce in euro-dollar has contributed to a stronger currency, Gaelle Blanchard, an emerging markets strategist at Societe Generale, believes some investors see the shekel as a defensive currency in the context of crises elsewhere.

Even so, she sees the shekel’s rally near its end, strengthening no further than 3.60-3.65 to the dollar.