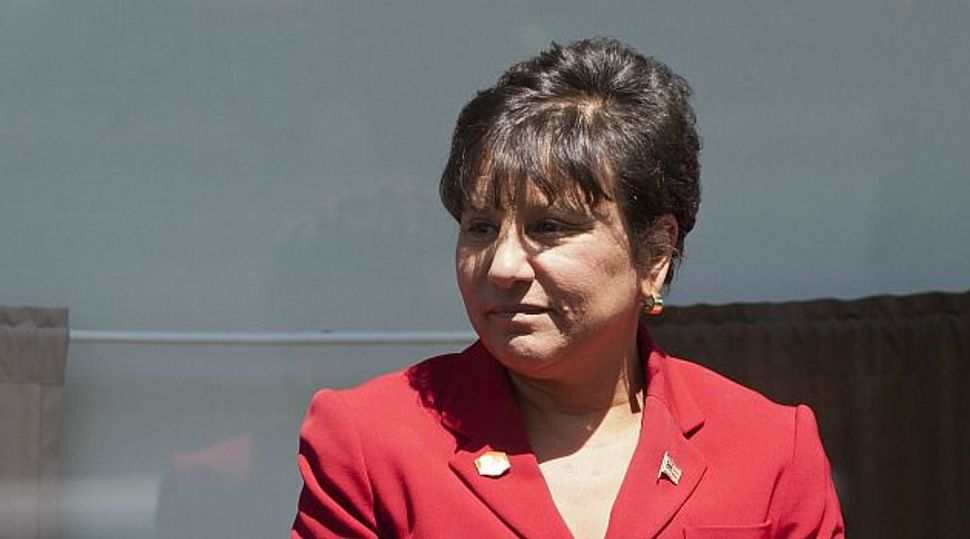 Short List: Penny Pritzker is on the short list to be the next commerce secretary. Image by getty images

Chicago businesswoman Penny Pritzker is under consideration for Commerce chief, sources familiar with the matter said on Wednesday.

Pritzker is a friend of Obama’s and played roles in both of his presidential campaigns. She was a national co-chair of his 2012 re-election effort and was national finance chair of his 2008 campaign.

Pritzker took herself out of consideration for Commerce Secretary in Obama’s first term. She served on Obama’s Council on Jobs and Competitiveness as well as the President’s Economic Recovery Advisory Board.

Zients is the main author of an Obama administration proposal to reorganize the federal government’s various trade agencies, including the U.S. Trade Representative’s office, into a revamped Commerce Department.

The Senate Finance Committee and the House of Representatives Ways and Means Committee have expressed concern over the plan, fearing it would weaken USTR.

The U.S. Chamber of Commerce also opposes the plan, although John Engler, president of the Business Roundtable and a former Michigan governor, wrote an opinion piece with Zients urging Congress to give Obama broad powers to reorganize the federal bureaucracy.

The next U.S. trade representative faces a full slate of projects, including talks with 10 other countries in the Asia-Pacific on a regional free trade agreement that negotiators hope to finish this year.

The United States and the European Union also are widely expected to launch talks on transatlantic trade pacts in coming months in a bid to build on the world’s largest trade and investment relationship to create new jobs.

The new USTR will also play a key role in managing the complex trade relationship with China. That could include bringing more cases at the World Trade Organization to open the world’s second-largest economy to more U.S. goods and services.

The United States and about 20 other countries also hope to launch talks on an international agreement to lower barriers to trade and investment in services sectors ranging from finance to telecommunications.