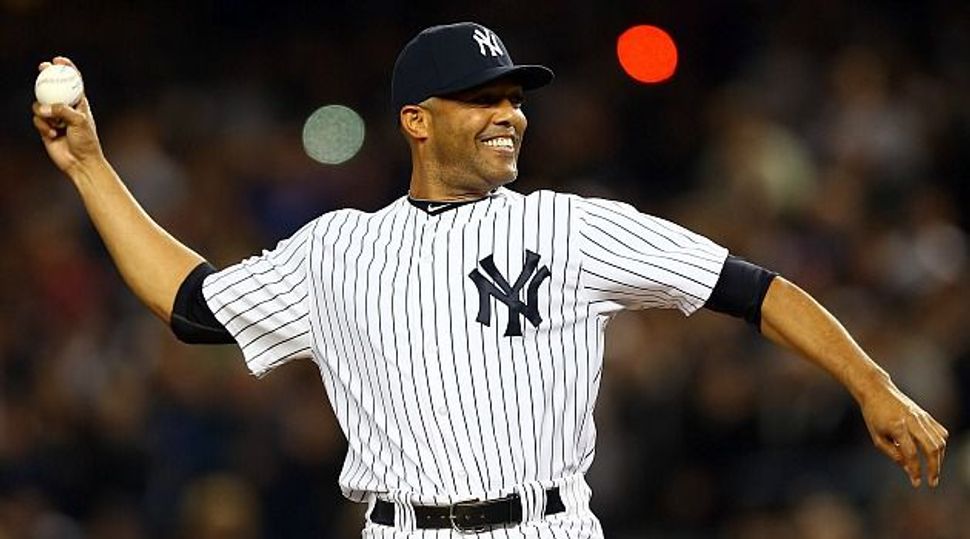 Do-Gooder: Mariano Rivera, the indominable New York Yankees relief pitcher, has been named man of the year by the New York Board of Rabbis. Image by getty images

Yankees pitcher Mariano Rivera will be named Man of the Year by the New York Board of Rabbis and will be given a guided tour of Israel.

Rivera, the record-holder for most career saves, was chosen because of his philanthropic efforts and extensive relief work for Panama through his church, said Rabbi Joseph Potasnik, the executive vice president of the interdenominational rabbinic group.

“Mariano is a very religious person who is deeply committed to doing good, and is a strong supporter of Israel,” Potasnik told JTA. “We will be doing a family trip after baseball season and the Jewish holidays later in the year.”

The group is still deciding on Rivera’s exact title, as well as the time and location of the ceremony.