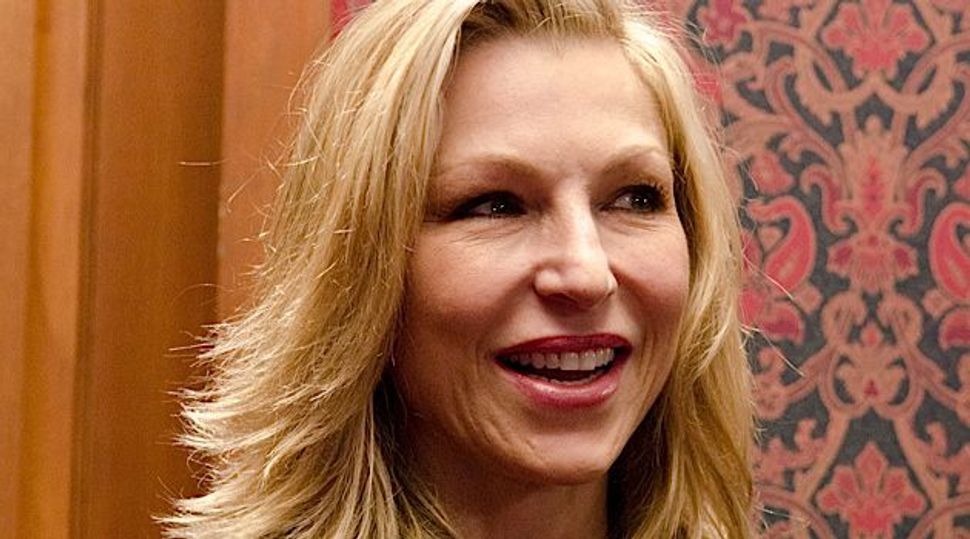 The old Forverts building on East Broadway sure has come a long way. Tatum O’Neal sold her pad in the building for a cool $1.72 million.

According to a report by Curbed, Tatum O’Neal has finally sold her condo in the building for a whopping $1.72 million (check out the floor plan.

The actress, who has owned the apartment since 2006, has reportedly been trying to sell it since 2008, when she was caught buying crack next to the building.

The Forward Building has had its share of juicy history. The Forward commissioned the Beaux Arts-inspired building at 175 East Broadway in 1912 from architect George A. Boehm, on the site of a tenement building.

Reflecting the newspaper’s role as the voice of Socialist unions and labor, Boehm had the faces of Karl Marx, Friedrich Engels and Ferdinance Lasalle carved as part of a frieze on the building’s façade.

But newsprint isn’t the only thing you’ll smell within these walls. Among the other tenants listed in phone directors were the Butcher’s Union Local 509, the Jewish Socialist Verband (Organization), the Naturalization Aid League, and the offices of the Workmen’s Circle, the New York Times reported.

In 1918, Elizabeth Gurley Flynn held the first conference of the Workers Liberty Defense Union, defending members of the I.W.W., the Socialist Party and the unions jailed for the opposition to the entry of the United States into World War I.

More than 50 years later, with Yiddish readership on the decline, the Forward sold the building in 1974 to the Lau family, who reportedly set up a Chinese church and bible factory on the first two floors.

The family held on to it for 30 years, but in 2004, the building was sold to Ron Castellano and Christopher Hayes, who completed renovations, and turned the building into multi-million dollar condominium apartments. Famous residents have included Ugly Betty’s America Ferrera, Spike Jonze and until recently, Tatum O’Neal.

What would the Forward’s founding editor Abe Cahan think?