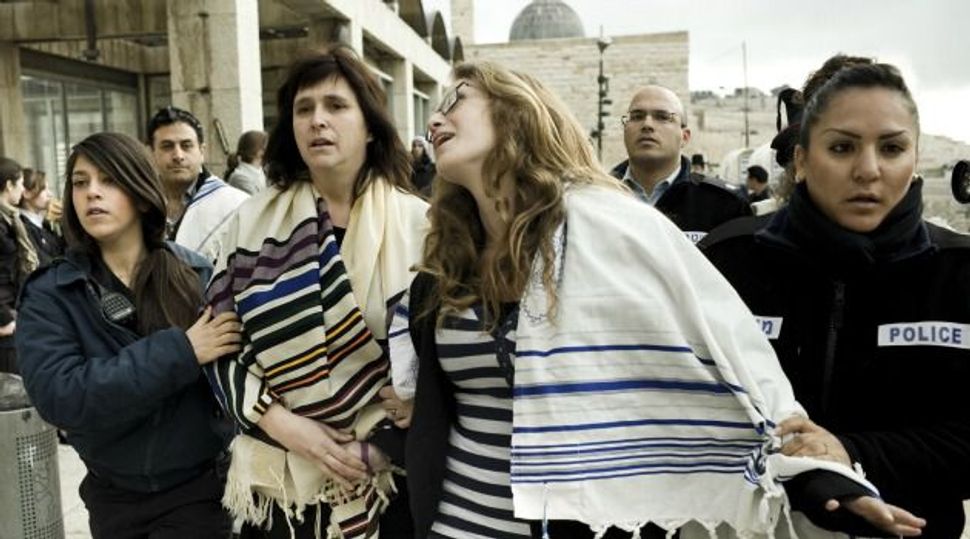 Fighting Words: Rabbi Sarah Silverman, left, says the kotel has been ?hijacked? by the ultra-Orthodox. Image by getty images

Some 300 women and men gathered for the new month prayer organized by Women of the Wall, a group dedicated to securing the rights of women to pray aloud, read from the Torah and wear religious garments at the Western Wall. The organization has been attracting growing interest abroad, among Jews and non-Jews. Recently, Prime Minister Benjamin Netanyahu asked Jewish Agency chairman, Natan Sharansky, to find a solution to the ongoing controversy.

The ten women were arrested by police only after most of the other participants and journalists at the scene had gone. They were held in custody for three hours, and several of the women were issued temporary restraint orders from the site.