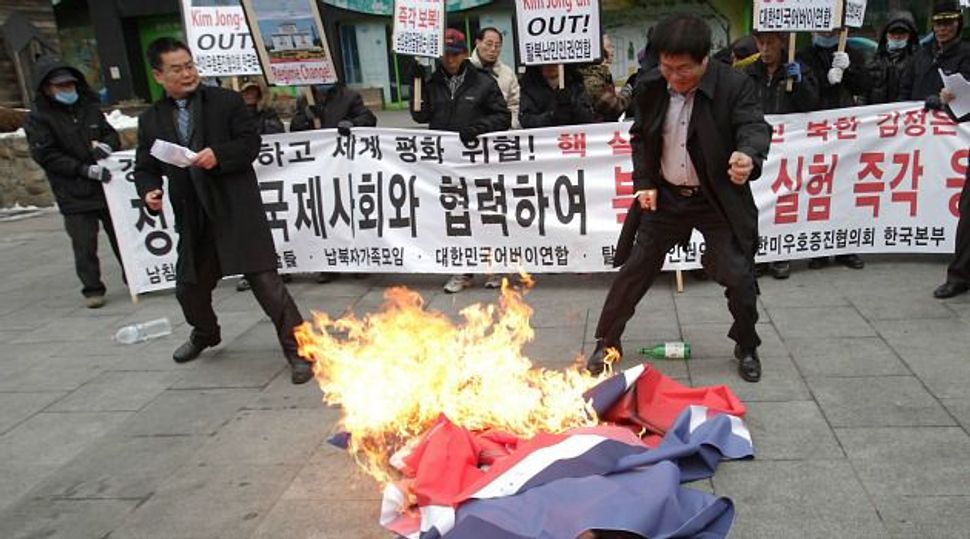 No Nukes: Protests erupted in South Korea after the north tested a big new atomic weapon. Image by getty images

Israel said on Tuesday that the international community must make clear to North Korea after its latest nuclear test that such activities cannot be tolerated.

In a statement, the Foreign Ministry said the test, North Korea’s third in defiance of U.N. resolutions, and a ballistic missile launch in December raised “grave concerns” about proliferation of nuclear and ballistic technologies.

“These actions by the DPRK (Democratic People’s Republic of Korea), in violation of its international obligations, must be met with a swift response by the international community,” the ministry said.

“A clear message must be sent to DPRK and to other countries that such activities are unacceptable and cannot be tolerated.”

On Monday, Prime Minister Benjamin Netanyahu urged world powers to put more pressure on Iran to stop what Israel and Western countries fear is a drive toward developing atomic weapons. Iran says it is enriching uranium solely for peaceful purposes.

Israel, which is generally believed to possess the Middle East’s only nuclear arsenal but refuses to confirm or deny the fact, says a nuclear-armed Iran would threaten its existence, and has hinted strongly that it will take military action if international efforts fail to curb Tehran’s nuclear ambitions.