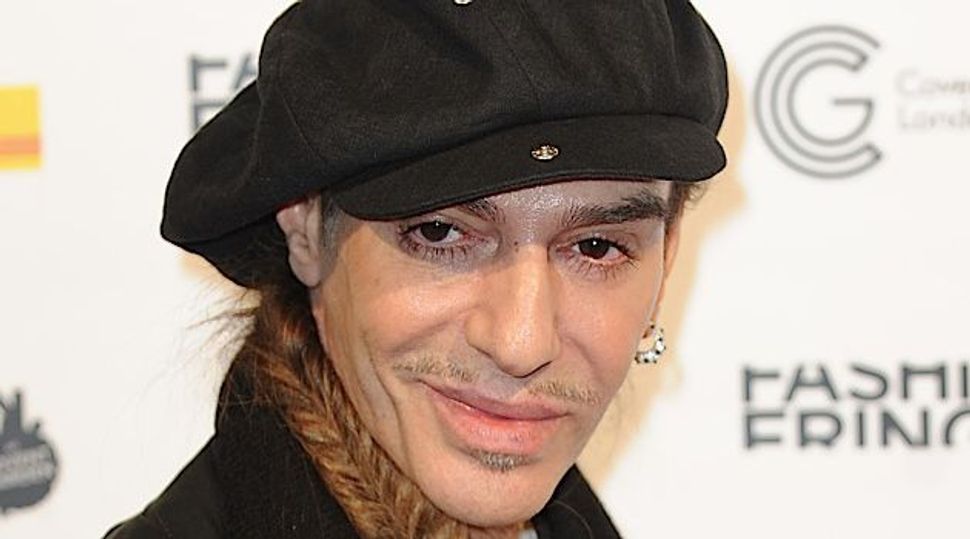 Designer John Galliano was just getting creative and was not mocking ultra-Orthodox Jews when he stepped out in a hat, pinstripe suit and curls, the Anti-Defamation League said.

“This is John Galliano being John Galliano. His dress is always eccentric and his hair is always worn long,” Foxman said. “This is, at the very least, ignorance … or, at worst, a deliberate, malicious distortion.”

The ADL has been working to reform Galliano after he spewed anti-Semitic hatred in 2011.

“He is trying very hard to atone,” Foxman said.

A French court has agreed to hear designer John Galliano’s case against Christian Dior, which fired him for making anti-Semitic remarks.

The decision to hear the case came in response to Galliano’s filing of an $18.7 million lawsuit against Dior. Monday’s hearing revealed that Galliano earned $7.7 million annually in several positions at Dior as well as from his own designer label. He was employed by Dior for 15 years.

Dior fired Galliano, a British national, in March 2011 after he was filmed making anti-Semitic statements at a Paris bar. Galliano stated his love for Adolf Hitler and told people he believed were Jewish that their mothers should have been gassed. He blamed his outbursts on addictions to drugs and alcohol.

A French court ruled in September 2011 that Galliano in several incidents had made “public insults based on origin, religious affiliation, race or ethnicity.”