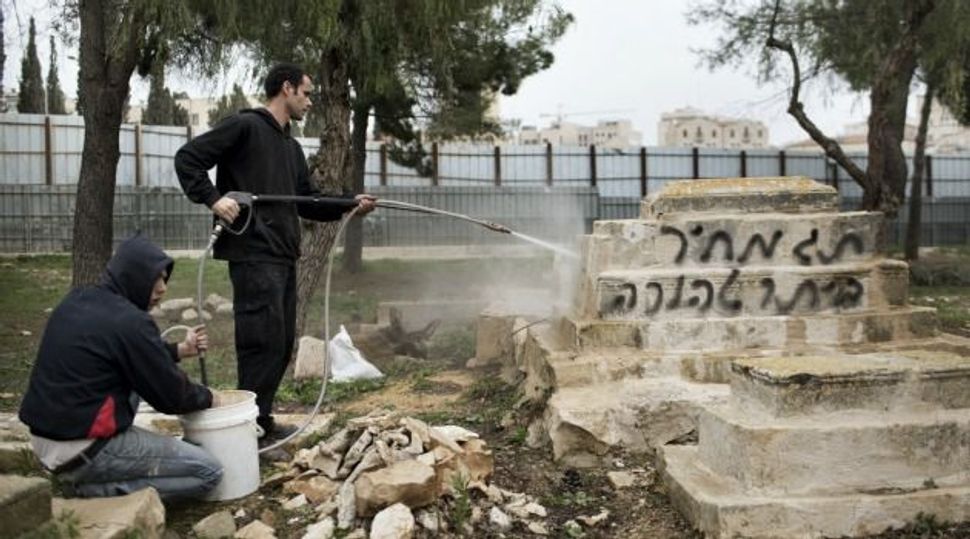 Vandals spray-painted “Death to the Arabs” and anti-Muslim graffiti on graves in a Muslim cemetery in Jerusalem on Thursday, police said.

The words “Price Tag” were also daubed in Hebrew on one of the 10 desecrated headstones, a slogan adopted by militant Jewish settlers who say they will exact retribution for any attempt by the Israeli government to curb settlement in the occupied West Bank.

“Price Tag” attacks have targeted churches in Jerusalem and Palestinian mosques and homes and Israeli military installations in the West Bank, which with East Jerusalem is home to about 2.5 million Palestinians and half a million Jewish settlers.