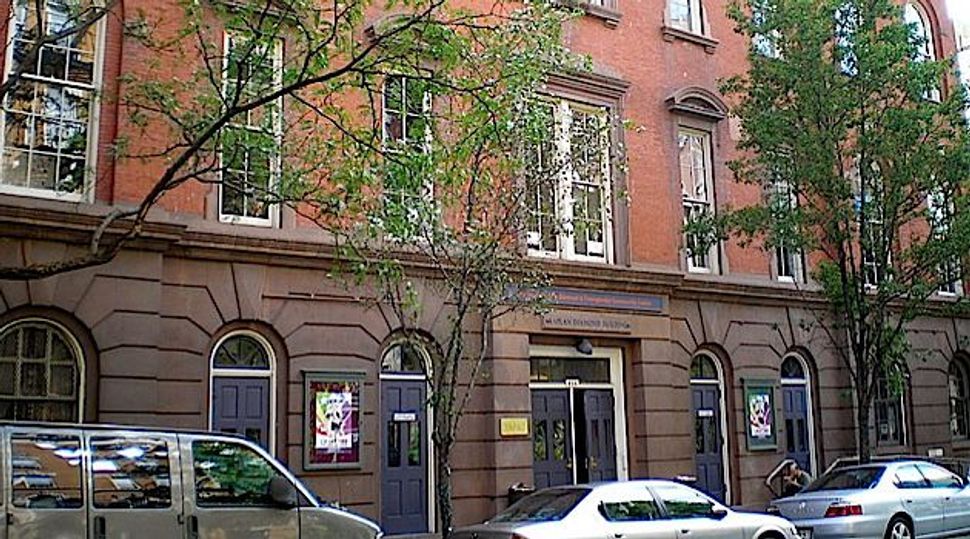 A New York gay community center announced February 15 that it had lifted a moratorium on events relating to Israel days after coming under heavy criticism for barring a prominent gay scholar from speaking about her new book on the Israeli-Palestinian conflict.

The decision, announced at 4:50 PM on a Friday leading into a three-day weekend, lifts a two-year ban on events relating to Israel at the Lesbian, Gay, Bisexual & Transgender Community Center, a key gay communal institution in New York.

In an emailed statement, the Center announced that the “the moratorium is no longer in effect.”

The Center’s policy barring Israel-related events came under renewed scrutiny on February 13 following a report in the Gay City News that the organization had declined to allow a speech by Sarah Schulman, a professor at The City University of New York. Schulman was set to talk on her new book, “Israel/Palestine and the Queer International.”

Schulman praised the Center’s reversal in an e-mail to the Forward. “The community showed their heartfelt belief in open expression and caring for each other, proving yet again that our common value is social justice,” she wrote.

Elected officials responded immediately to the announced end of the moratorium. A statement signed by City Council Speaker and Mayoral candidate Christine Quinn and other gay elected officials praised the new guidelines, but condemned claims of “pinkwashing” — the allegation that Israel uses the equality it offers gays to distract from its treatment of the Palestinians. Schulman wrote a widely read column backing the “pinkwashing” theory in the New York Times.

“Their decision to allow groups to have open discussion and to create a resolution process to address complaints of potential hate-related speech is the correct approach,” the officials wrote. “We vehemently oppose the absurd accusations by some groups that Irsael is engaged in so-called pinkwashing. We find this cause offensive and fundamentally detrimental to the global cause of LGBT equality.”

In response efforts by Lucas and others, the Center announced it would no longer allow any Israel-related events to be held in its space. That policy formally ended on February 15 of this year.

In an e-mail sent an hour after the announcement of the new policy, Lucas said that he would not organize against the decision, but called on others to cut donations to the Center. “I would advise people to stop donating to the center and believe the city should stop funding an organization whose original mission of helping gay people has changed to providing a platform to anti-israeli hate groups,” Lucas wrote. “The LGBT Center of New York City is now officially hurting innocent men, women, children, the elderly and Holocaust survivors that live in Israel.”

In its announcement of its new policy, the Center outlined a process for filing complaints about events held in its spaces. “Going forward, if members of the community feel that hate speech or bigotry has occurred at the Center, they are encouraged to submit a formal complaint in writing,” the announcement read.

A spokesperson for the Center said that she could provide no further comment. She also said that no decision had been reached on the Schulman reading.