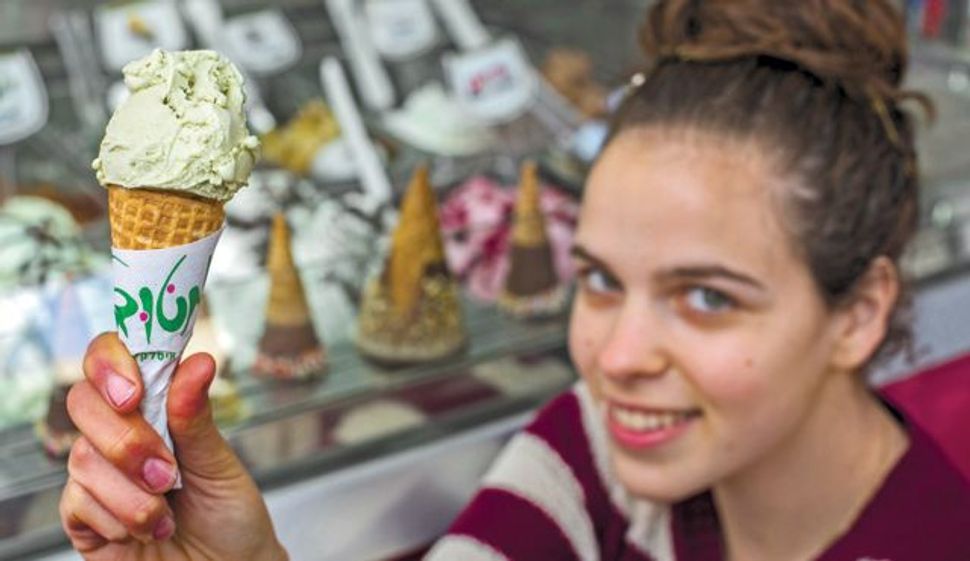 Hundreds of curious customers flocked over the weekend to Glida Metudela, the Jerusalem ice-cream parlor recently outed as the beneficiary of a generous government contract. Many demanded the shop’s pistachio flavor, known to be the favorite of Prime Minister Benjamin Netanyahu, causing it to sell out. The PM’s other favorite, plain vanilla, did not benefit from any celebrity aura, however.

On Thursday Netanyahu canceled a state-financed contract worth up to NIS 10,000 for annual ice cream purchases from Glida Metudela for his official residence. He dismissed the expense as extravagant and therefore unacceptable.

Benny Ashkenazi, who bought a pistachio cone on Friday, said, “I didn’t vote for Bibi but he has good taste in ice cream; I came for Bibi’s pistachio.”

Ziva Shvili, who made a special trip to the capital from Rehovot, bought NIS 168 worth of ice cream, in several flavors. “I thought Bibi’s ice cream would be made in a fancy institute. I see the place here is humble,” Shvili said. She received a cone of pistachio ice cream as a bonus, which she tasted and pronounced to be “tasty.”