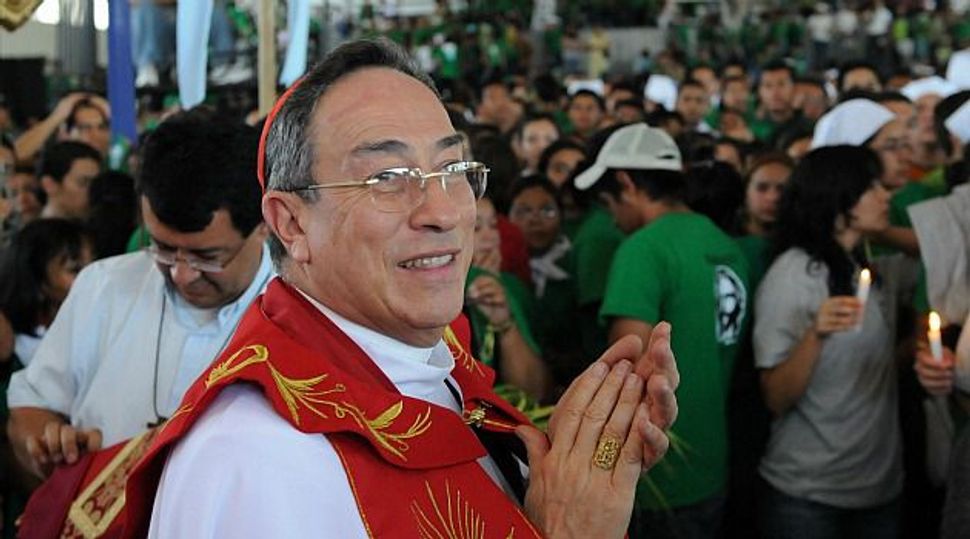 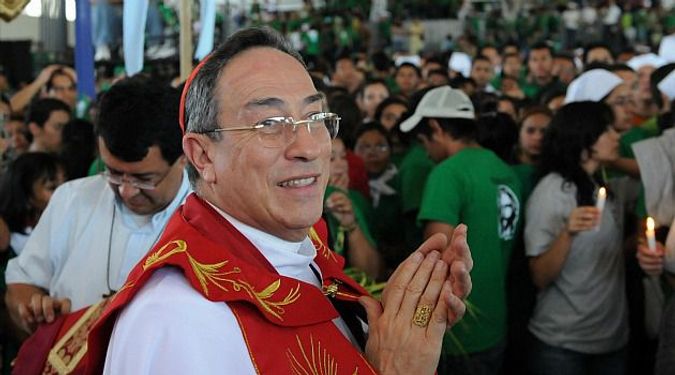 In a letter to the editor of the Miami Herald, Harvard law professor Alan Dershowitz said that one of the leading candidates to replace Pope Benedict XVI is an anti-Semite.

Responding to a list published last week after the resignation of Benedict, which identified Cardinal Oscar Andres Rodriguez Maradiaga of Honduras as a possible successor to the current pope, Dershowitz wrote: “He has blamed the Jews for the scandal surrounding the sexual misconduct of priests toward young parishioners! He has argued that the Jews got even with the Catholic Church for its anti-Israel positions by arranging for the media — which they, of course, control, he said — to give disproportionate attention to the Vatican sex scandal. He then compared the Jewish controlled media with Hitler, because they are ‘protagonists of what I do not hesitate to define as a persecution against the church.’”

Maradiaga, in a May 2002 interview with the Italian-Catholic publication “30 Giorni,” claimed Jews influenced the media to exploit the current controversy regarding sexual abuse by Catholic priests in order to divert attention from the Israeli-Palestinian crisis.

At the time, the Anti-Defamation League expressed public outrage at the cardinal’s comments. In a later conversation with Abraham Foxman, ADL national director, Maradiaga apologized and said he never meant for his remarks to be taken as perpetuating an anti-Semitic conspiracy theory about Jewish control of the media, and promised never to say it again.

“The Vatican has rightly called anti-Semitism a sin, and yet an unrepentant sinner is on the short list to become the leader of the Catholic Church,” Dershowitz insists in his letter to the editor. “If that were to occur, all of the good work by recent popes in building bridges between the Catholic Church and the Jews would be endangered. This should not be allowed to happen.”