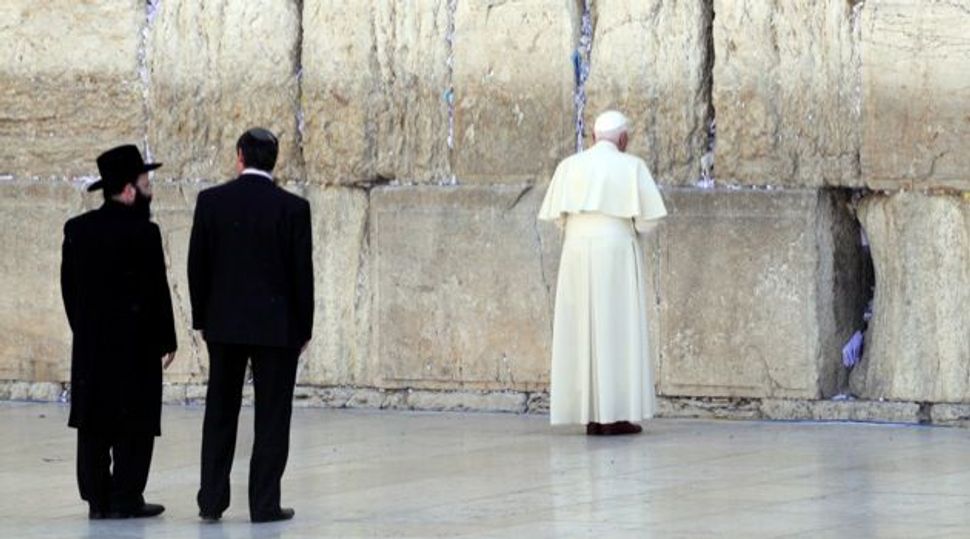 That trip, in which the German-born Benedict paid respects at Israel’s main Holocaust memorial, was seen by many Jews as atoning for his lifting of the excommunication of a bishop who questioned the scale of the Nazi genocide. On other occasions he visited the Auschwitz death camp and the Cologne synagogue.

The pontiff, who will abdicate on Feb. 28, also changed a Latin prayer for Good Friday services by traditionalist Catholics in 2008, deleting a reference to Jews and their “blindness” but still calling for them to accept Jesus.

“In the name of the people of Israel, I would like to thank you for everything you did in your capacity as pope in the name of strengthening ties between Christians and Jews and between the Holy See and the Jewish State,” Netanyahu said in a letter to Benedict, a copy of which was circulated to the media.

“I thank you also for bravely defending the values of Judaism and Christianity during your papal term,” the conservative premier wrote.

“I have no doubt that these values, which were so crucial to building the modern world, are no less critical for ensuring a future of security, prosperity and peace.”