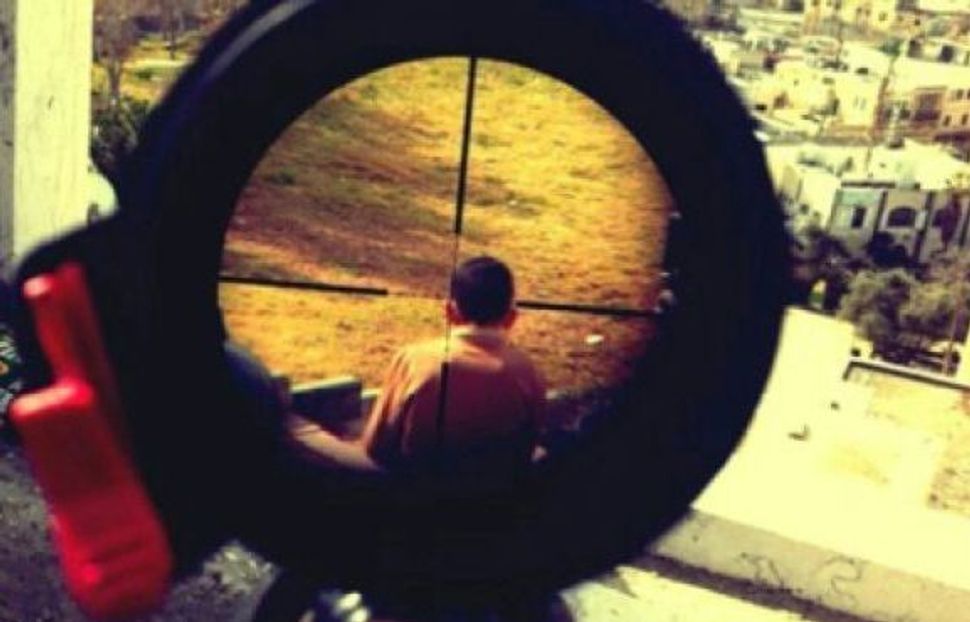 An Israeli soldier has provoked an outcry by publishing a photograph that appeared to show the back of a Palestinian boy’s head seen through the crosshairs of a rifle.

Israel’s army said on Tuesday it would hold an investigation into the conduct of the soldier, who posted the picture on the online photo-sharing website Instagram.

Israeli media identified the soldier as a 20-year-old conscript serving in the occupied West Bank.

Palestinian officials, who want the West Bank as part of a future state, condemned the publication of the photograph, saying it showed Israeli forces believed they could act with impunity.

“Every Palestinian mother is concerned for her child … because of the picture that is now known and seen worldwide,” said Palestinian government spokeswoman Nour Odeh on Tuesday.

It was not possible to verify independently whether the photo was taken in the West Bank – territory Israel captured in a 1967 war – or whether the person in it was Palestinian.

The Israeli military said the soldier’s commanders had been notified and the issue would be dealt with.

“The picture in question does not coincide with IDF’s (Israeli Defence Forces) values or code of ethics,” the military said in a statement.

Israeli soldiers have been sentenced to jail time in the past for posting images of themselves posing beside Palestinian detainees.