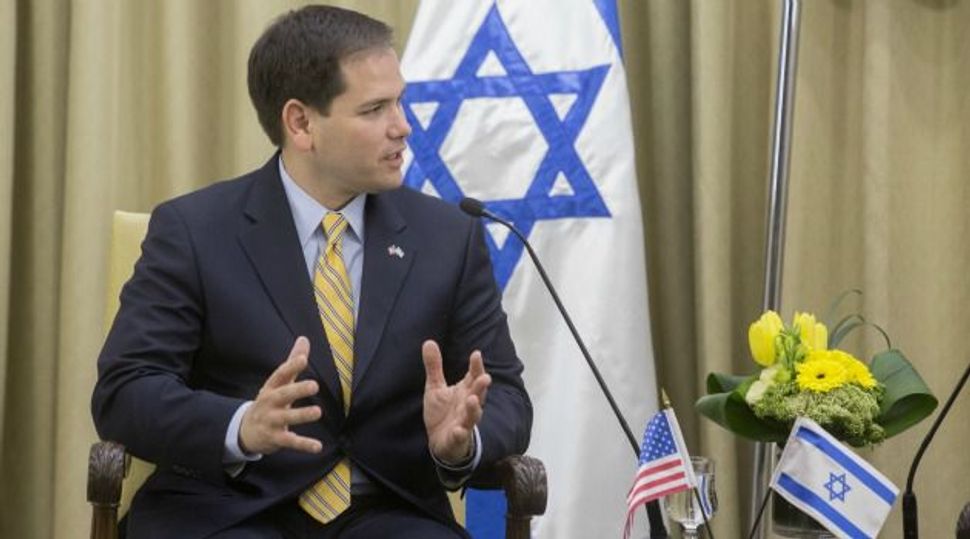 Senator Marco Rubio and Israeli Prime Minister Benjamin Netanyahu toasted their nations’ close ties on Wednesday with a click of plastic water bottles reminiscent of the Republican’s sip seen ‘round the world in Washington last week.

Photographers captured the cross-table gesture in Netanyahu’s office moments after Rubio remarked how Israel resides “in a challenging neighbourhood,” and he was “pleased” President Barack Obama would be visiting Israel next month.

“Certainly our commitment to that partnership is bipartisan and it should remain that way,” Rubio said, adding how he felt Israeli-US ties were “one of the most important ones we have”.

Rubio famously interrupted his delivery of the official Republican response to Obama’s State of the Union address on Feb. 12 to take a swig of water from a plastic bottle, video of which went viral across the Internet.

Netanyahu had his own brush with embarrassment this past week with Israeli newspaper reports that his family had spent several thousand dollars in the past year on gourmet ice cream.

Rubio, 41, from Florida was an active campaigner for Mitt Romney’s failed bid to unseat Obama in November. Netanyahu also made little secret of having backed Romney, having had strained ties with Obama over Middle East policy differences.

Netanyahu said, though, in response to Rubio’s comments on Obama’s impending visit that “we look forward to receiving him”.