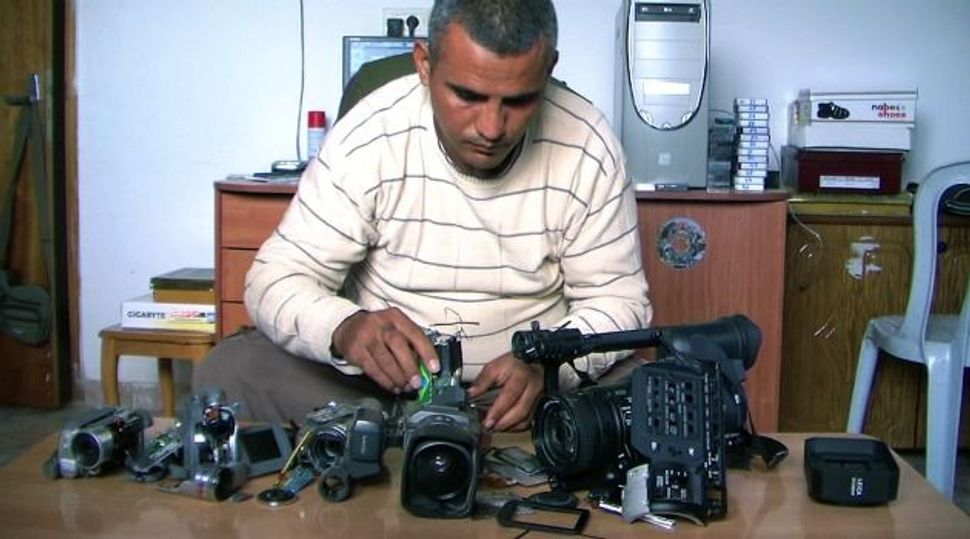 Emad Burnat, whose “5 Broken Cameras” is competing for an Oscar in the Best Documentary Feature category, said U.S. immigration officials took him, his wife and 8-year-old son aside when they arrived in Los Angeles from Turkey on Tuesday evening.

“Immigration officials asked for proof that I was nominated for an Academy Award … and they told me that if I couldn’t prove the reason for my visit, my wife Soraya, my son Gibreel and I would be sent back to Turkey on the same day,” Burnat said in a statement.

Oscar-winning documentary filmmaker Michael Moore, a member of the Academy of Motion Picture Arts and Sciences, said in a series of Twitter messages that he stepped in to help resolve the situation.

“Although he (Burnat) produced the Oscar invite nominees receive, that wasn’t good enough & he was threatened with being sent back to Palestine. … Apparently the Immigration & Customs officers couldn’t understand how a Palestinian could be an Oscar nominee. Emad texted me for help … I called Academy officials who called lawyers. I told Emad to give the officers my phone # and to say my name a couple of times,” Moore tweeted on Tuesday evening.

Burnat said he and his family were detained for about an hour.

“Travelers may be referred for further inspection for a variety of reasons to include identity verification, intent of travel, and confirmation of admissibility,” U.S. Customs and Border Protection said in a statement. “The United States has been, and continues to be, a welcoming nation.”

Burnat, a farmer, is the amateur filmmaker behind “5 Broken Cameras,” which documents about five years of protests against land seizures by Israeli forces and Jewish settlers in his village of Bil’in in the occupied West Bank. It was co-directed by Israeli activist and filmmaker Guy Davidi.

It is the first Palestinian film to be nominated for Best Documentary Feature at the Oscars, according to representatives for the film.

“5 Broken Cameras” is one of five films nominated for an Oscar in the documentary category. One of its competitors is Israeli film “The Gatekeepers,” which looks at the decades-old Middle East conflict through the eyes of six top former Israeli intelligence bosses.

The Oscars, the highest awards in the movie industry, will be presented on Sunday in Hollywood.