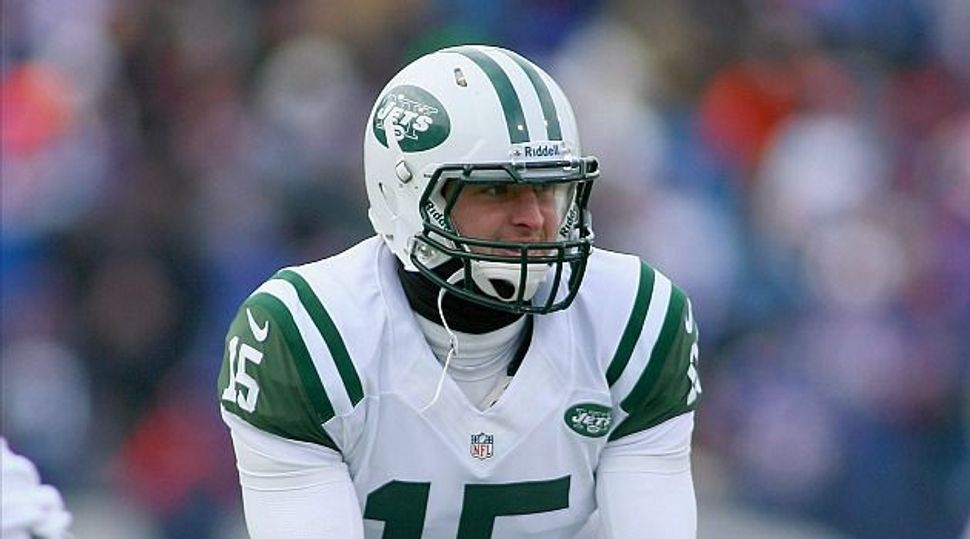 Church Drama: Tim Tebow, who wears his fundamentalist Christian faith on his sleeve, has cancelled an appearance at a Dallas church where the pastor has made insensitive remarks. Image by getty images

New York Jets quarterback Tim Tebow, a devout Christian, has canceled an appearance at the Dallas mega-church led by a prominent pastor who has sparked controversy over remarks he made from the pulpit about gays and other religions.

Tebow, 25, who famously kneels in prayer on the football field in a move that has come to be known as “Tebowing”, called off his April 28 appearance in a series of Twitter messages on Thursday.

“While I was looking forward to sharing a message of hope and Christ’s unconditional love with the faithful members of the historic First Baptist Church of Dallas in April, due to new information that has been brought to my attention, I have decided to cancel my upcoming appearance,” he said.

The First Baptist Church in Dallas, which had invited Tebow to celebrate the opening of its $130 million campus, is led by Robert Jeffress, a TV evangelist who has criticized gays and other faiths, such as Islam and Mormonism.

Tebow, whose parents are missionaries, called Jeffress on Wednesday evening and said he “needed to avoid controversy at this time, but would like to come to First Baptist Dallas to speak at a future date,” according to a statement from the church.

The church on Thursday blamed news media for having “grossly misrepresented” Jeffress’ opinions and for putting pressure on Tebow.

It said: “The reason for the recent media fire storm is not because the Word of God has changed, but because society has changed.”

Jeffress on Thursday softened past statements he has made criticizing the Roman Catholic Church, but defended his position on gays and lesbians.

“I believe that homosexuality is a sin, just like adultery,” Jeffress told CNN. “Sex should be between a man and a woman. God created sex. He knows how it works best,” Jeffress said.

Tebow was a first-round draft pick in 2010 and the first college sophomore to win the Heisman Trophy, according to his website. Tebow was traded by the Denver Broncos to the Jets, but saw little playing time during the 2012 season.