Kibbutzniks Plough a Portrait of Peres Into Field 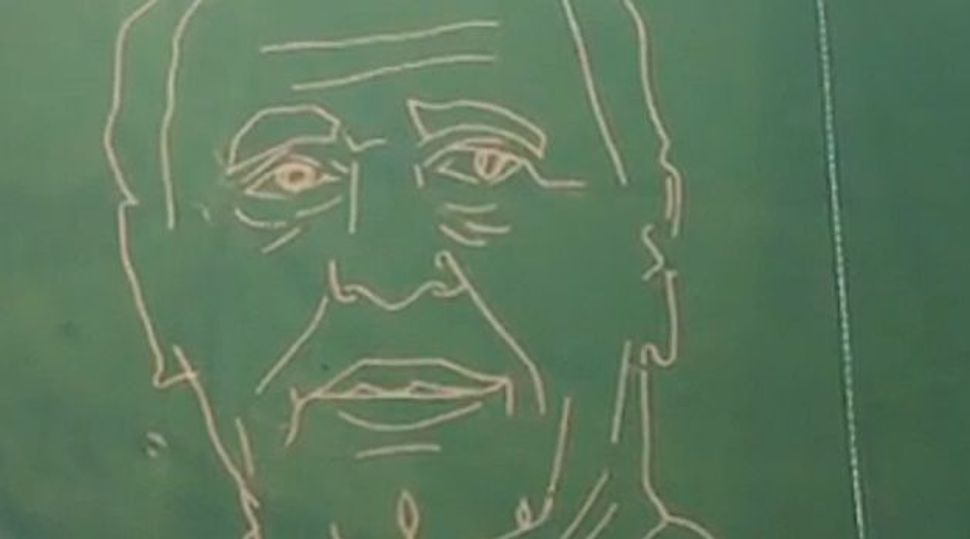 Members of Kibbutz Tel Yosef in northern Israel ploughed a portrait of Israeli President Shimon Peres into a field of wheat in honor of his 90th birthday.

The enormous portrait and the figure 90, created ahead of his Aug. 2 birthday, covers 25 hectares, or 61 acres, in the Jezreel Valley.

The pilot asked him to look out the window at precisely the right moment.

“I worked these fields and now I’m flying above them,” Ynet, the Israeli news site, quoted Peres as saying. “This is to go back to one’s roots.”

Kibbutzniks Plough a Portrait of Peres Into Field