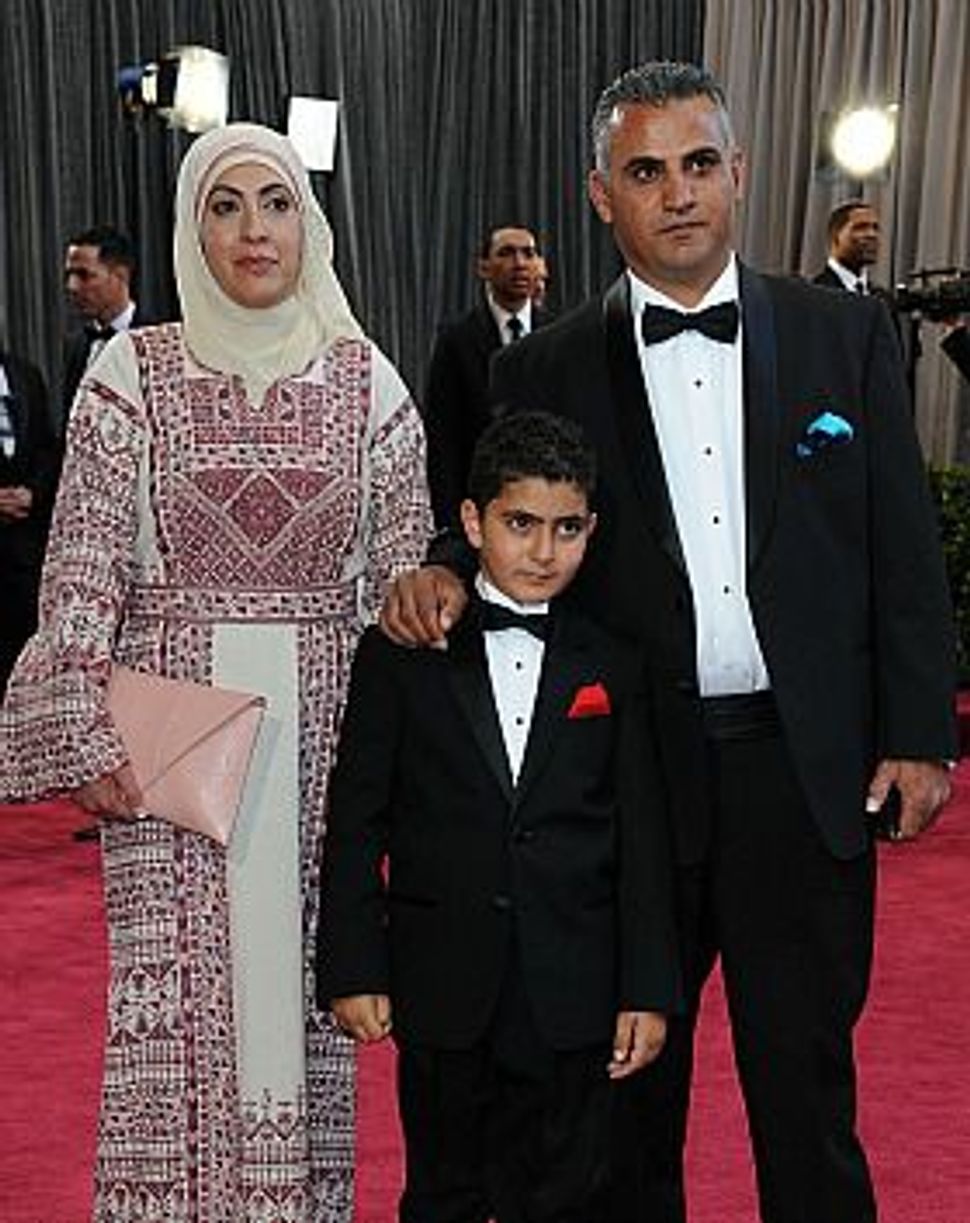 Emad Burnat, Palestinian director of the Oscar-nominated documentary ?5 Broken Cameras,? arrives on the red carpet with his family. Image by getty images 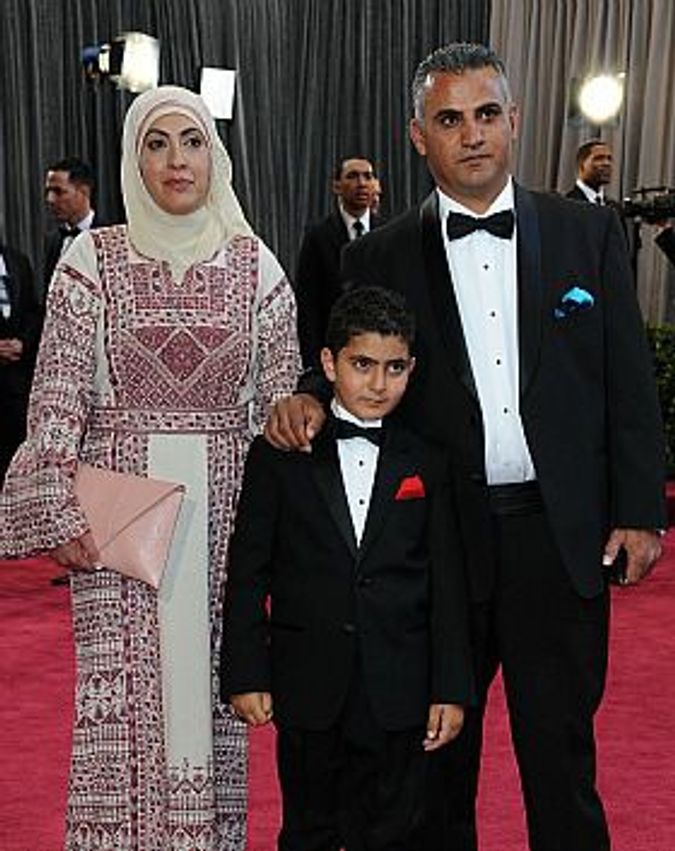 Emad Burnat, Palestinian director of the Oscar-nominated documentary ?5 Broken Cameras,? arrives on the red carpet with his family. Image by getty images

“The Gatekeepers” featured interviews with Israeli security insiders who criticize the country’s leaders for failing to end the conflict with the Palestinians.

“5 Broken Cameras,” on the other hand, examined the conflict through the eyes of a Palestinian village in the occupied West Bank.

Emad Burnat, one of “5 Broken Camera”s directors, was briefly detained by U.S. authorities when he arrived in Los Angeles for the Oscars last week.

“Sugar Man,” which is directed by Malik Bendjelloul, film charts the life of Sixto Rodriguez, an obscure ’70s singer. His work improbably provided a soundtrack for the anti-apartheid struggle in South Africa.