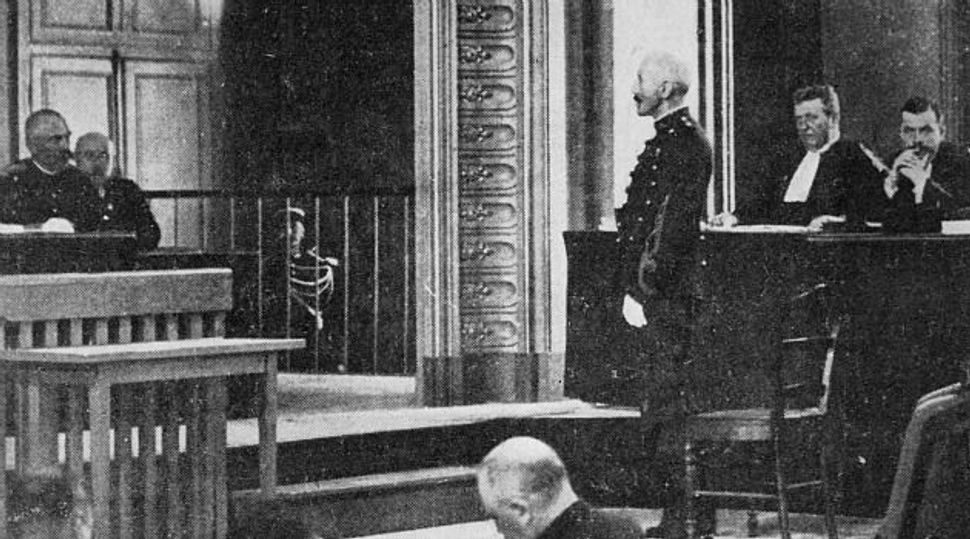 France’s Defense Ministry has posted online hundreds of documents from the trial of Alfred Dreyfus, the Jewish soldier whose wrongful espionage conviction was a determinant in the genesis of political Zionism.

The historical department of the French Ministry of Defense, SHD, placed online this week the entire military file that was used to convict Dreyfus of spying for Germany in 1894. The documents include items like investigative notes, witness statements, letters and documents stolen from foreign embassies.

Dreyfus was pardoned and restored to the army as a major after a lengthy court battle and nearly five years of solitary confinement on Devil’s Island, the notorious penal colony in French Guiana; he had been sentenced to life in prison.

The case was widely denounced as a miscarriage of justice, most notably in “J’accuse,” an open letter by Émile Zola published on the front page of the newspaper L’Aurore in 1898.

The archived files from the trial have been scanned, transcribed and made accessible to the general public online with the help of the authors of a new book about the trial titled “Le dossier secret de l’affaire Dreyfus.”