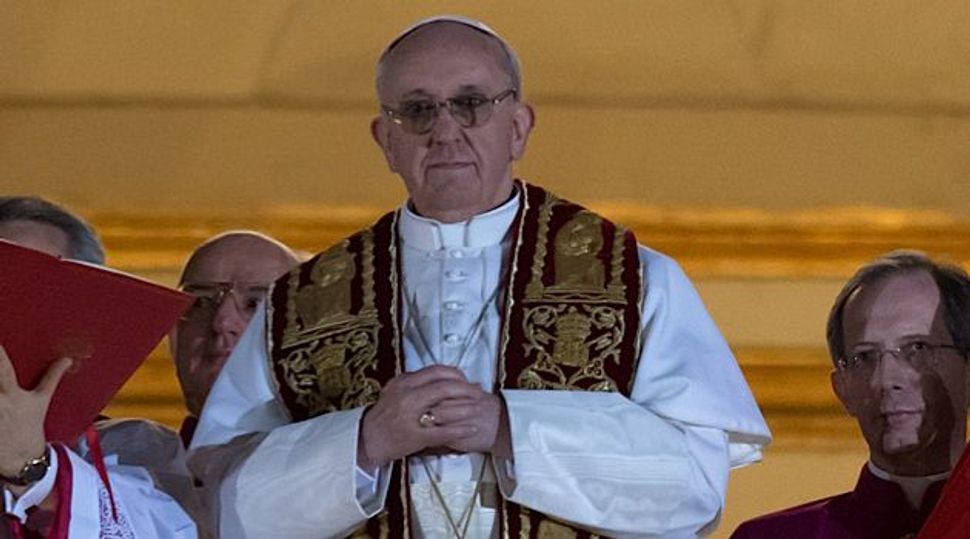 Jorge Mario Bergoglio, the Argentinian cardinal who was elected pope late Wednesday and will take the name Francis I, is said to have a good relationship with Argentinian Jews.

Bergoglio, 76, a Jesuit, was the choice of the College of Cardinals following two days of voting in Vatican City. He is the first pope to come from outside Europe in more than a millennium; reflecting the changing demographics of Catholics, he comes from Latin America.

Rabbi David Rosen, the director of interfaith affairs for the American Jewish Committee, told JTA that the new pope is a “warm and sweet and modest man” known in Buenos Aires for doing his own cooking and personally answering his phone.

In 2005, Bergoglio was the first public personality to sign a petition for justice in the AMIA bombing case. He also was one of the signatories on a document called “85 victims, 85 signatures” as part of the bombing’s 11th anniversary. In June 2010, he visited the rebuilt AMIA building to talk with Jewish leaders.

“Those who said Benedict was the last pope who would be a pope that lived through the Shoah, or that said there would not be another pope who had a personal connection to the Jewish people, they were wrong,” Rosen said.

Soon after the chimney of the Sistine Chapel sent up a puff of white smoke signifying that the cardinals had selected a successor to Pope Benedict XVI, Francis addressed thousands of faithful from the balcony of St. Peter’s Baslica.

“Buonasera,” he told them, saying “Good evening” in Italian, and thanked his fellow cardinals for going “almost to the ends of the earth” to find him.

Benedict was the first pontiff to step down since 1415.

Israel Singer, the former head of the World Jewish Congress, said he spent time working with Bergoglio when the two were distributing aid to the poor in Buenos Aires in the early 2000s, part of a joint Jewish-Catholic program called Tzedaka.

“We went out to the barrios where Jews and Catholics were suffering togeher,” Singer told JTA. “If everyone sat in chairs with handles, he would sit in the one without. He was always looking to be more modest. He’s going to find it hard to wear all these uniforms.”

Bergoglio also wrote the foreward of a book by Rabbi Sergio Bergman and referred to him as “one of my teachers.”

He also has worked with the Latin American Jewish Congress and held meetings with Jewish youth who participate in its New Generations program.

In his visit to the Buenos Aires synagogue, according to the Catholic Zenit news agency, Bergoglio told the congregation that he was there to examine his heart “like a pilgrim, together with you, my elder brothers.”

“Today, here in this synagogue, we are made newly aware of the fact that we are a people on a journey and we place ourselves in God’s presence,” Zenit quoted the then-archbishop as saying. “We must look at him and let him look at us, to examine our heart in his presence and to ask ourselves if we are walking blamelessly.”

Renzo Gattegna, the president of the Union of Italian Jewish Communities, offered Italian Jewry’s congratualations to the new pope with the “most fervent wishes” that his pontificate could bring “peace and brotherhood to all humanity.”

In particular, Gattegna voiced the hope that there would be a continuation “with reciprocal satisfaction” of “the intense course of dialogue that the Jews have always hoped for and that has been also realized through the work of the popes who have led the church in the recent past.”