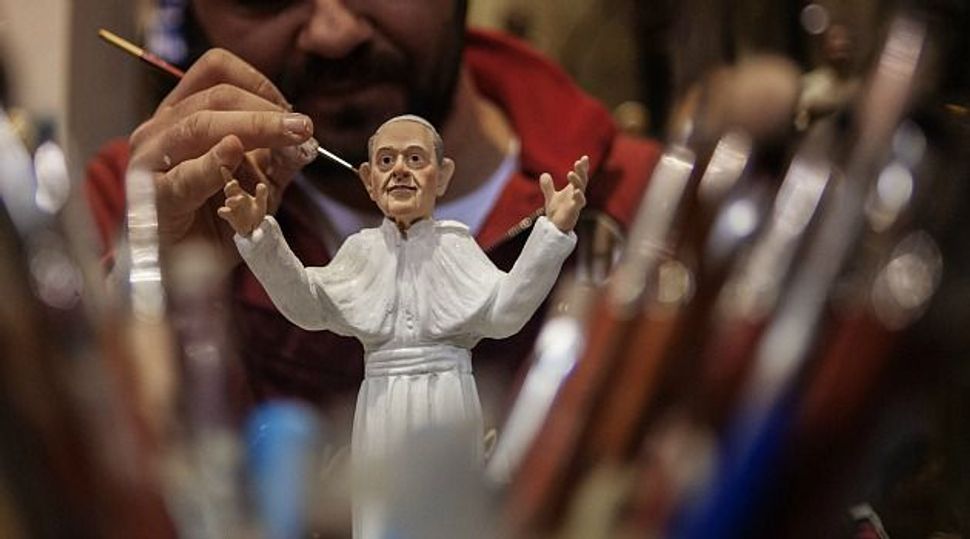 He?s the Man: Artist paints a figurine of Pope Francis I. Image by getty images

Pope Francis returned on Thursday to the Church-run residence where he was staying before becoming pontiff, and insisted on paying the bill, despite now effectively being in charge of the business, the Vatican said.

The morning after his election, Francis asked a driver to take him to the clerics’ hotel, the Domus Internationalis Paulus VI, where he had stayed during the run-up to this week’s secret electoral conclave.

“He wanted to get his luggage and the bags. He had left everything there,” a Vatican spokesman told a news briefing.

“He then stopped in the office, greeted everyone and decided to pay the bill for the room … because he was concerned about giving a good example of what priests and bishops should do.”

The spokesman did not disclose the amount of the bill.

Jorge Bergoglio brought with him a reputation for frugality from his native Argentina and is the first pope to take the name of St. Francis of Assisi, a gesture of solidarity with the poor.

Father Pawel Rytel-Andrianik, who lives in the central Rome boarding house where Bergoglio had stayed, told Reuters he was surprised the new pope had insisted on settling his account: “I don’t think he needs to worry about the bill,” he said.

“The house is part of the Church, and it’s his Church now.”