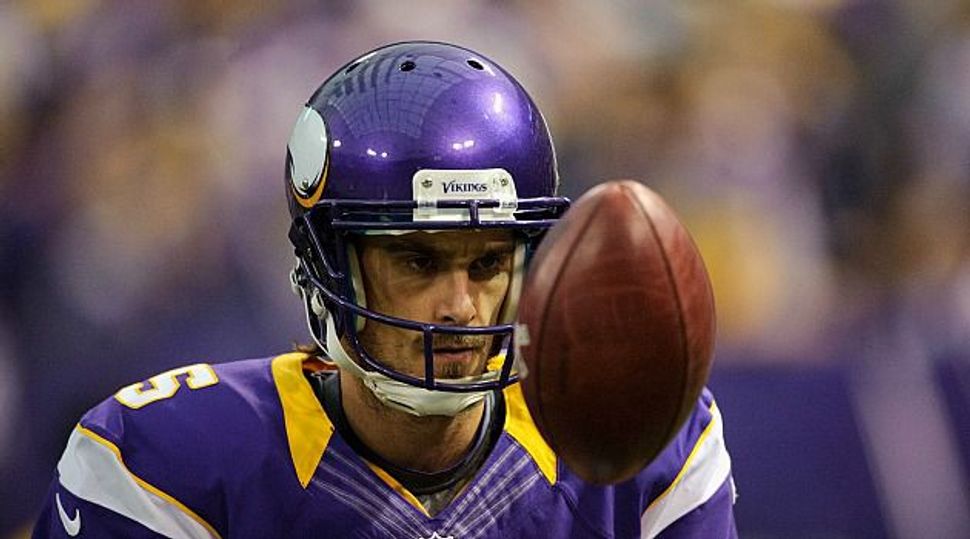 Can you kick a 50-yard field goal against the wind? Can you block a 300-pound nose tackle in the mud? Are you gay?

The first two questions are routinely asked during interviews with potential professional football players, but it appears that sexual orientation is also on the minds of National Football League general managers.

Each February, hundreds of college football players participate in the annual scouting combine in Indianapolis, where scouts and coaches from all 32 NFL teams can evaluate future prospects. Recently, reports surfaced that some players were asked about their sexual orientation at the event, which would violate the league’s collective bargaining agreement and has drawn the ire of local politicians.

New York Attorney General Eric Schneiderman wrote a letter on Thursday to NFL commissioner Roger Goodell, asking him to create a policy that would not tolerate discrimination or harassment on basis of sexual orientation.

Under New York employment discrimination laws, companies, “are not permitted to ask employees or potential job candidates questions about their sexual orientation.”

In New York, the Buffalo Bills play home games in Orchard Park, while the New York Jets and New York Giants have held training camps in Cortland and Albany. The league’s headquarters are also based in New York City, as is as the annual NFL Draft. Next February, the New York area will be the focus of the sports world when the Super Bowl is played across the Hudson River in East Rutherford, N.J.

Schneiderman said 20 teams are based in states that bar anti-gay discrimination. It wasn’t clear whether he was counting the Jets and the Giants, which are associated with New York but play their home games in New Jersey.

The NFL is currently conducting an investigation into the matter. University of Michigan star Denard Robinson, Michigan State running back Le’Veon Bell and Colorado tight end Nick Kasa all said that they had been questioned about their sexual orientation at the combine. None of them is openly gay.

On February 28, NFL players Chris Kluwe and Brendon Ayanbadejo filed a brief with the Supreme Court that argued against the gay marriage ban in California. Atanbadejo, a member of the Super Bowl champion Baltimore Ravens, publically backed gay marriage last year. When local politician Emmett Burns verbally attacked Ayanbadejo for his comments, Kluwe, a punter for the Minnesota Vikings, voiced his support for his NFL colleague and later appeared on the cover of OUT magazine.

The attorney general requested that the commissioner clarify the league’s position in a public statement distributed throughout the league, that discrimination or harassment, in violation of state, local and sometimes contractual law, will not be tolerated. Schneiderman also requested that potential players be advised by the league to report inquiries of questions of sexual orientation, and to schedule a meeting between his office and the league staff in charge of the current investigation.

In 2003, the league instituted the “Rooney Rule,” to ensure minority candidates a fair chance at interviewing for head coaching and senior executive positions with teams. The rule is named after Dan Rooney, owner of the Pittsburgh Steelers and a chair of the NFL’s Committee on Workplace Diversity.